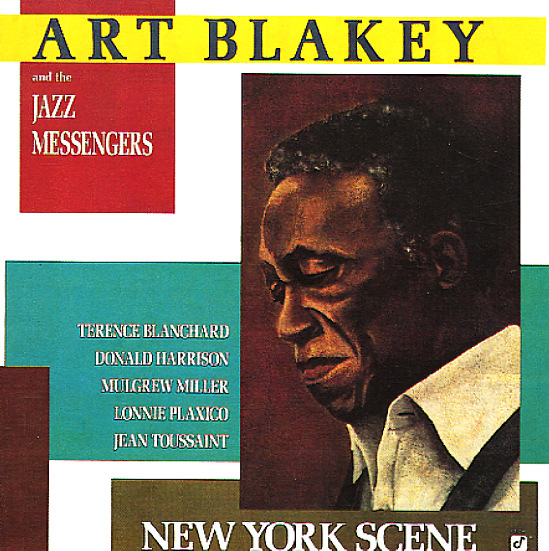 Overlooked genius from Art Blakey's 80s years – a time when he was recording for a variety of smaller labels, but turning out work that was every bit as fresh and vibrant as his sides from the 60s and 70s! As always with the Jazz Messengers, the group's filled with up-and-coming jazz talents that really make the record great – trumpet from Terence Blanchard, tenor from Jean Toussaint, alto from Donald Harrison, piano from Mulgrew Miller, and bass from Lonnie Plaxico – all players who leave their own imprint strongly on the record, yet still fall into line with the core groove supplied by Blakey's drums. Titles include Blanchard's "Oh By The Way", Harrison's "Controversy", and Miller's "Falafel" – all wonderfully soulful numbers – plus a "Ballad Medley", and a version of "Tenderly".  © 1996-2023, Dusty Groove, Inc.
(Out of print King pressing.)