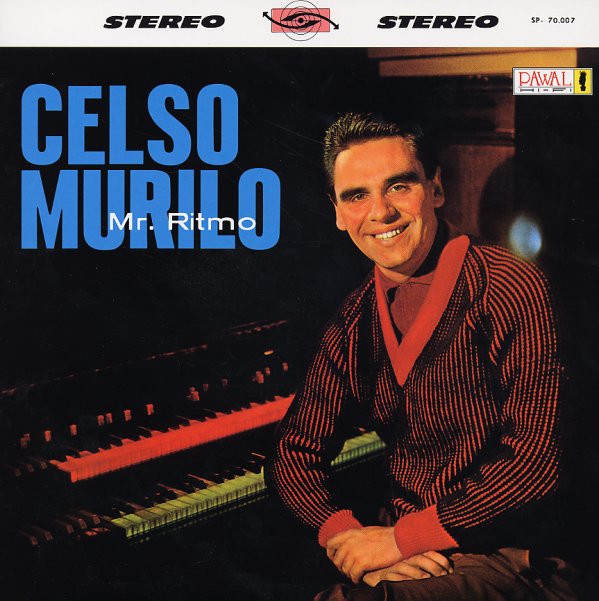 A very groovy set from keyboardist Celso Murilo – a 60s album of organ and piano instrumentals with a really cool groove! The record follows in the best tradition of small combo bossa sessions – mixing together a strongly rhythmic approach that includes percussion by the great Rubens Bassini, plus backing on trumpet, flute, and timbales – all set to the pace of Murilo's sweet lines on the keys! The style's more expansive than 60s work by Walter Wanderley or Ed Lincoln – more open to influences from American Latin music, in addition to the core samba and bossa sounds that inform the work. The whole thing's great – a driving, lively little set that's a delight throughout! Titles include "Rosa Morena", "Ritmo Sabroso", "Cha Cha Celso", "Paul Pereira", "Los Marcianos", "Chorou Chorou", and "Rico Vacilon".  © 1996-2020, Dusty Groove, Inc.
(Part of the Brasilian Music Love Affair series!)

Brasil
Dream Music (Japan), 2014. New Copy
CD...$23.99
Lovely work from Lisa Ono – one of the first singers of the modern age to return to the genius of 60s bossa, and one of the few to keep getting it right over the years! Here, Lisa sings with studio help from Mario Adnet – that great contemporary bossa talent who's got a key ear for ... CD

Incredible Nana
Tonodisc/Altercat (Germany), 1971. New Copy
CD...$16.99 (LP...$24.99)
Some of the earliest recordings of Brazilian percussionist Nana Vasconcelos – an artist who'd go on to have a huge history in jazz, including famous work with Pat Metheny on ECM! This set has Nana very much in his roots – playing first on a stunning solo percussion track that mixes ... CD

Brazil USA 70 – Brazilian Music In The USA In The 1970s
Soul Jazz (UK), Early 70s. New Copy
CD...$18.99 22.99
Fantastic grooves from the 70s – tracks that are part of a great second wave of Brazilian music to hit our shores, then take off in a whole new direction! The US was no stranger to Brazilian sounds in the 60s – given the popularity of bossa nova and a few other styles – but as ... CD

Misterios Da Amazonia
Atonal Producoes/Altercat (Germany), 1980. New Copy
CD...$16.99 (LP...$24.99)
A Brazilian album from the start of the 80s, but one recorded in an all-acoustic mode that makes the whole thing tremendously timeless over the years! Ronaldo L Freitas is the guitarist pictured on the front – and he provides these amazing guitar lines that have all the deftness of the best ... CD