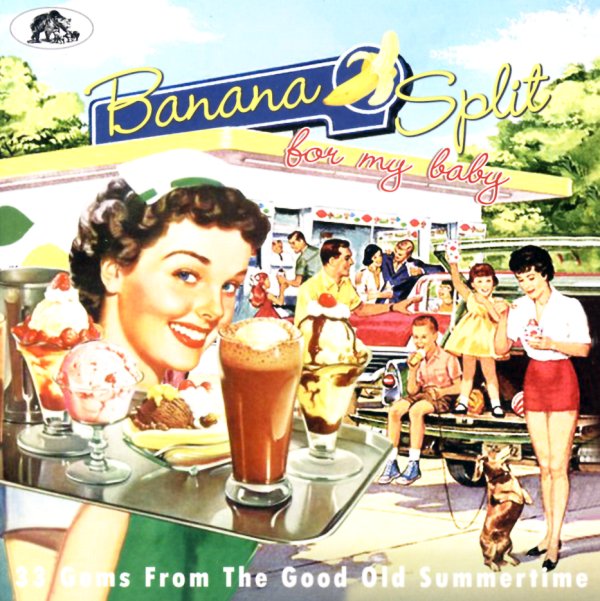 The sounds of summer in the years before the Beach Boys and surf music – songs that proclaim the glory of the warmest months of the year, but in raunchy styles from the early years of rock and roll! Artists run the gamut from rockabilly singers, to R&B groups, to some surprisingly strong contributions from more pop-oriented acts – and as with other Bear Family packages of this nature, the whole thing is plenty playful – put together with a good deal of wit in the song choices and presentation! Titles include "Sunday Barbecue" by Tennessee Ernie Ford, "The Sun Is Shining" by Elmore James, "Banana Split For My Baby" by Louis Prima, "Summer's Coming (demo)" by Ronnie Dawson, "Strollin On The Beach" by The Hollywood Flames, "Beach Time" by Roger Smith, "Suntan Tattoo" by The Valiants & Sandy Vale, "Summertime Love" by Roy Head & The Traits, "Beach Comber" by Jo Ann Campbell, "Night Theme' by The Mark II, "Moonlight Swim" by Nick Noble, "26 Miles" by The Four Preps, "Sunglasses After Dark" by Dwight Whitey Pullen, "Summertime Rock" by Rodney & The Blazers, and "The Big Beach Party" by The Jades with Pacer's Music.  © 1996-2021, Dusty Groove, Inc.