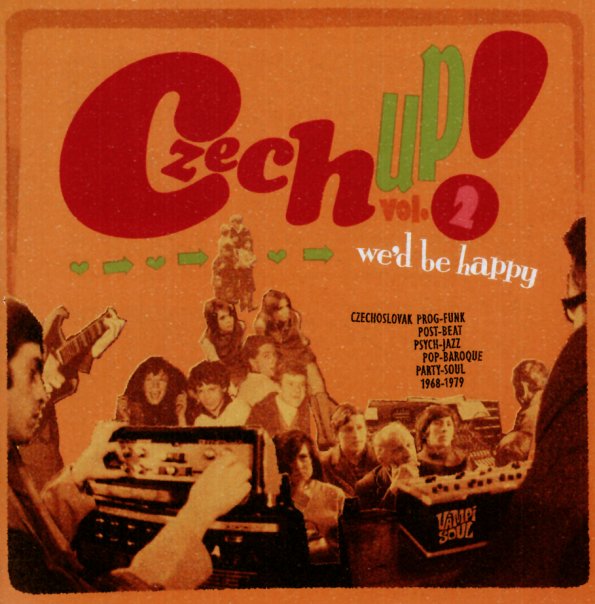 An unexpected legacy of funky sounds from the 70s – one that most of us never got to experience, given that most of these records were trapped behind the Iron Curtain for decades! Yet somehow, that curtain seemed to allow for plenty of influence from the west – as most of these obscure Czech groups clearly got strong inspiration not just from American funk and soul, but also from the British and German beat groups of the 60s – who were also drinking heavily of a similar brew! Yet there's also a wider scope of music going on here – a evolution of Czech grooves to a point where funky fusion and choppy progressive elements were coming into play – as part of a surprisingly strong series of recordings by that nation's Supraphon label, now collected together here with a great set of notes on the music and groovy images too. Titles include "Snakes" by The Blue Effect, "V Obore" by SHQ, "Prameny Pozanhi" by Mahagon, "Nochi Modlitba" by Appollobeat, "Rokle" by Hana Zagorova, "Dzungle" by Barnodaj, "Padni Na Kolena" by Eva Pilarova, "Zahrada Za Domem" by George & The Beatovens, "It's Always Ever The Same" by Vulkan, "Pisu Kridou Zpravu" by Gustav Brom, "Byls Ma Boj" by Valerie Cizmarova, "We'd Be Happy" by Beatings, and "The Wizard" by Jazz Q.  © 1996-2022, Dusty Groove, Inc.