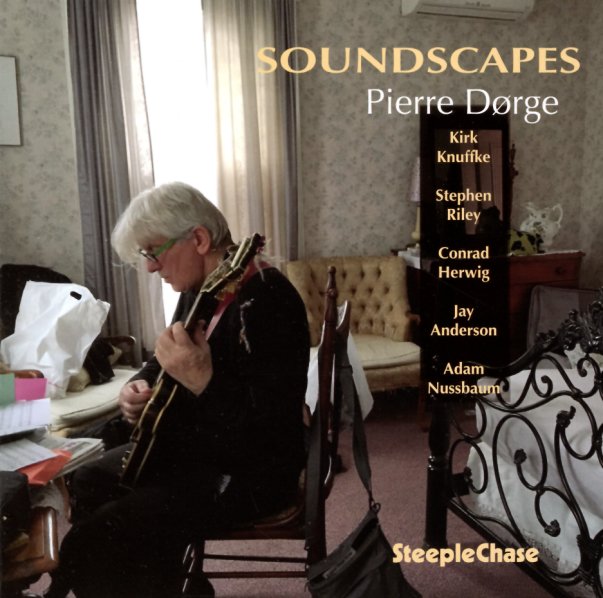 Guitarist Pierre Dorge has been giving us amazing music for many years – but he sounds especially amazing here in the company of a really great group – the excellent Kirk Knuffke on cornet, plus Stephen Riley on tenor, Conrad Herwig on trombone, Jay Anderson on bass, and Adam Nussbaum on drums – all very dynamic players who seem to make Dorge sound even fresher than ever! There's an especially strong sense of phrasing on the record – no surprise, especially with Knuffke in the mix – and while Pierre can sometimes use his instrument in more abstract ways, that quality is really balanced by all the other members of the lineup. Anderson's bass is great – nicely pointed at the best moments, and a great contrast to Dorge's strings – and all tracks are originals, with titles that include "Lullaby For Sun Ra", "Mingus' Birthday Party", "Afrikaa Mbizo Dyani", "Sim Sim Ba", and "Alligator In Paradise".  © 1996-2021, Dusty Groove, Inc.