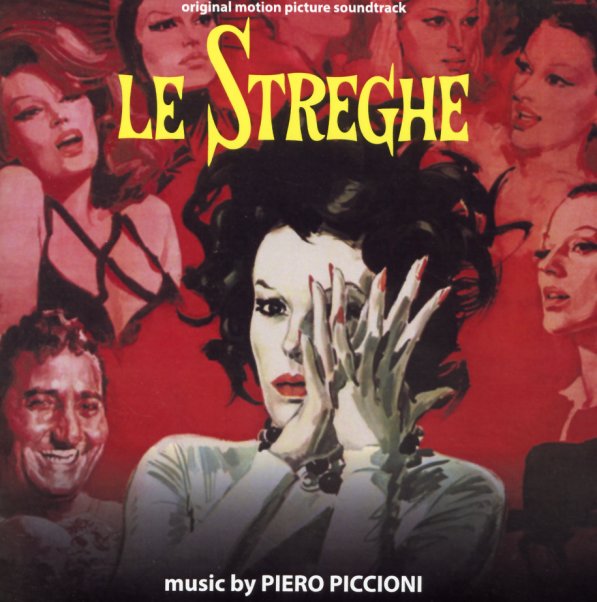 Music for a film about witches – but handled here with sounds that are a lot more dreamy than they are spooky – thanks to the fantastic 60s talents of maestro Piero Piccioni! There's lots of elements here that are kind of an extrapolation of bossa nova styles – both in terms of the melody and rhythms – but the instrumentation and production are Italian cinema at its best – with loads of compressed passages, floating isolated elements, and plenty of those other-worldly touches that can make the best Italian scores of the time sound way more than just the sum of their parts! The main melody is wonderful, and there's plenty of other great moments and groovers too – all packaged into a 32 track collection with really wonderful sound.  © 1996-2022, Dusty Groove, Inc.
(Limited edition of 300!)