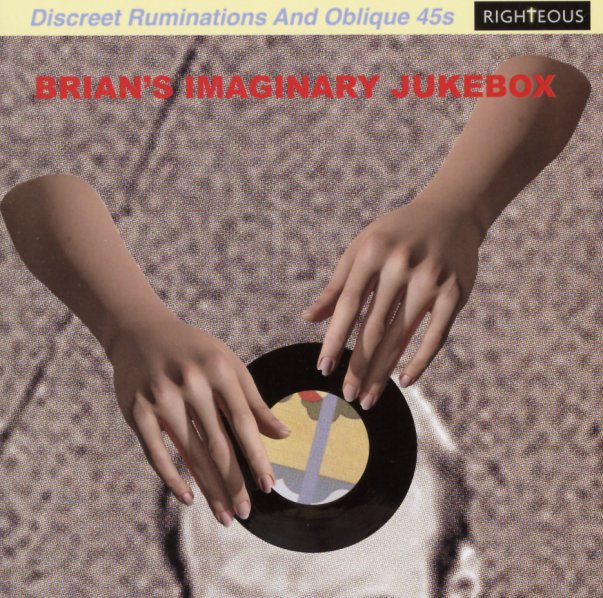 The "Brian" in the title is Brian Eno – as you might guess from that image from Another Green World in the middle of the cover – but the sound of this set is quite different than what you might expect! CD1 imagines the sounds that Eno would talk about informing the music of his youth – tracks that showed up often on jukeboxes stocked to service visiting American GIs, which meant that the were full of raw soul, R&B, and even a bit of jazz – elements that most folks wouldn't tie to Eno, but which you can definitely hear here in arranging and production elements that would show up on his early solo vocal music, and some of the Roxy Music sounds too. Titles include work by The Tokens, Paradons, Lafayettes, Little Willie John, Dinah Washington, Ernie K Doe, Raymond Scott, The Cosmic Rays, Moondog, and Leadbelly. CD2 features more modern moments – a mix of avant jazz, early electronics, and 20th century compositions that tie a more direct link to the ambient universe – titles that include "Dream" by John Cage, "Come Back To Earth With Me" by Louis & Bebe Barron, "Atmospheres (excerpt)" by Gyorgy Ligeti, "Sleepy Time" by Raymond Scott, "Fordommelse" by Elsa Marie Pade, "Rhythmic Variations 1" by Daphne Oram, "Low Speed (excerpt)" by Otto Lueninng, "Ignition" by Tom Dissevelt, "Ectoplasm" by Raymond Scott, and "The Bewitched (Scene 1)" by Harry Partcy.  © 1996-2022, Dusty Groove, Inc.

In A Wild Sanctuary/Gandharva/All Good Men
Warner/Righteous (UK), Early 70s. New Copy 2CD
CD...$16.99 22.99
A trio of classics from this electronic duo – all brought together in a single set! First up is In A Wild Sanctuary – one of the best records ever from Beaver and Krause – largely because there's not so much noodling! This one features the pair on moog and organ, with help from ... CD

Fools Gold – Lux & Ivy Dig Those Novelty Tunes – 25 Tunes To Scare The Kids
Righteous (UK), Late 50s/Early 60s. New Copy
CD...$12.99 16.99
A whole host of weird little songs from the glory days of the 45rpm single – a great assortment of tracks that ran up the charts during the big years of the novelty record – a moment that wasn't just about putting a quick joke on record, but also using the larger space of the studio in ... CD