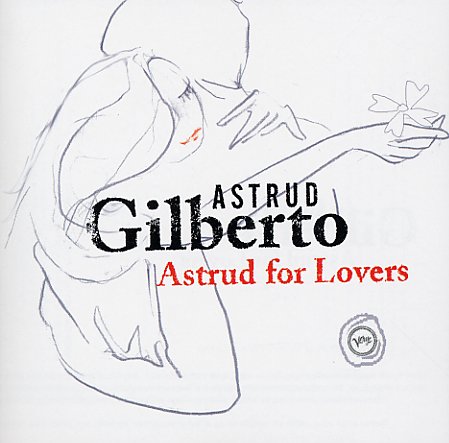 A lovely collection of some of Astrud Gilberto's sweetest work for Verve – some of the warmer, mellower tunes she recorded in the 60s – back when she was the undisputed queen of the bossa scene! The set features a dozen tracks pulled from her classic Verve albums – featuring instrumentation by Walter Wanderley, Antonio Carlos Jobim, Stan Getz, and others – on tracks that include "Only Trust Your Heart", "The Shadow Of Your Smile", "Love Is Stronger Far Than We", "World Stop Turning", "Tu Mi Delirio", "Once I Loved", and "Lonely Afternoon".  © 1996-2021, Dusty Groove, Inc.

Milton (1976)
A&M/Verve, 1976. Used
CD...$8.99
An important American album for the great Milton Nascimento – his first recorded in the US since the earlier Courage set for A&M – and like that record, a perfect bridge between the sound of his work in Brazil and the global modes that he had to offer! A key part of the set is the ... CD

Vivo
Som Livre (Brazil), 1976. Used
CD...$19.99
A great live presentation of the 70s genius of Alceu Valenca – one that really keeps the organic feel of his best work in the studio, while adding in some of the spontaneity and warmth of a concert! Valenca plays acoustic guitar and sings amidst a smallish group that includes Ze Ramalho on ... CD