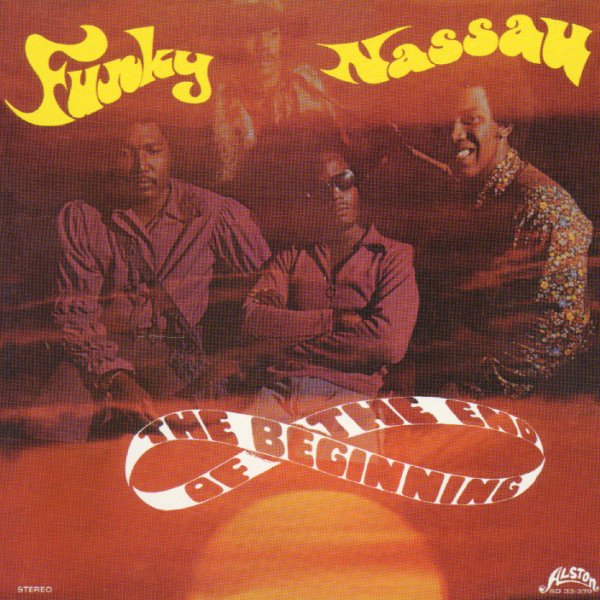 A monster bit of funk that's unlike anything else we can think of! Beginning Of The End hailed from The Bahamas, but don't hold that against them – because instead of being a Caribbean cliche, they took the best part of the island rhythms, and used them to forge an incredible approach to funk! They've got a choppy sound that's the result of some incredibly dexterous guitar, bass, and drums – and which you'll recognize instantly from their one-time hit "Funky Nassau", a killer funk track that never gets old, no matter how many bands cover it over the years! That gem kicks off the album, which then rolls into the monster funky "part 2", which is even better! Other titles are equally wonderful – and include "Come Down", "Surrey Ride", "Monkey Tamarind", and "In The Deep". Essential – and one that you'll be spinning for years!  © 1996-2021, Dusty Groove, Inc.
(New vinyl edition – remastered from the original master tapes!)