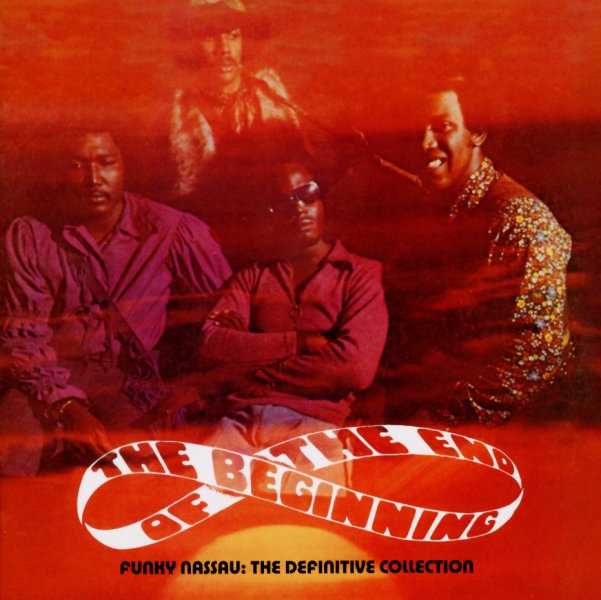 A great collection – the rare two albums by Beginning Of The End, plus bonus tracks too! First up is the classic Funky Nassau – s monster bit of funk that's unlike anything else we can think of! Beginning Of The End hailed from The Bahamas, but don't hold that against them – because instead of being a Caribbean cliche, they took the best part of the island rhythms, and used them to forge an incredible approach to funk! They've got a choppy sound that's the result of some incredibly dexterous guitar, bass, and drums – and which you'll recognize instantly from their one-time hit "Funky Nassau", a killer funk track that never gets old, no matter how many bands cover it over the years! That gem kicks off the album, which then rolls into the monster funky "part 2", which is even better! Other titles are equally wonderful – and include "Come Down", "Surrey Ride", "Monkey Tamarind", and "In The Deep". Essential – and one that you'll be spinning for years! Next is the self-titled Beginning Of The End set – one of the rarest funky records of all time – the hard-to-find second album by Beginning Of The End! This West Indian combo hit it big with their first album on Alston, but this second set, for some strange reason, never really got distributed – which is a damn shame, because it's every bit as funky as their first! The uniquely choppy rhythms of the group's first album are every bit as great here as on the first set – and if anything, the band's instrumentation is even better, especially on the guitar, which is wickedly tight, and played with a super-dope flanged-out approach on the solos. Vocals are great too, maybe even more soulful than before, especially on the album's few midtempo cuts – and the album's a must-have for any fan of the group's funky sound! Titles include "That's What I Get", "Super Woman", "Bluestrain", "Jump In The Water", "Falling Apart At The Seams", and "Trip To Nowhere". CD also features two cuts from 45s – the extra-funky "Fishman", and their Christmas classic "Gee Whiz It's Christmas". Great package – with very detailed notes!  © 1996-2022, Dusty Groove, Inc.

Beginning Of The End (with bonus track)
Alston/Ultra Vybe (Japan), 1976. New Copy
CD...$13.99 14.99
One of the rarest funky records of all time – the hard-to-find second album by Beginning Of The End! This West Indian combo hit it big with their first album on Alston, but this second set, for some strange reason, never really got distributed – which is a damn shame, because it's ... CD

Running Water
Alston/Ultra Vybe (Japan), 1973. New Copy
CD...$12.99 14.99
An early gem from Clarence Reid – a set recorded early in the big wave of Miami soul from the 70s – with all the best southern soul modes fully intact! Reid's nicely balanced here between deep soul and funk – shifting easily between the styles with care and class that you'd never ... CD