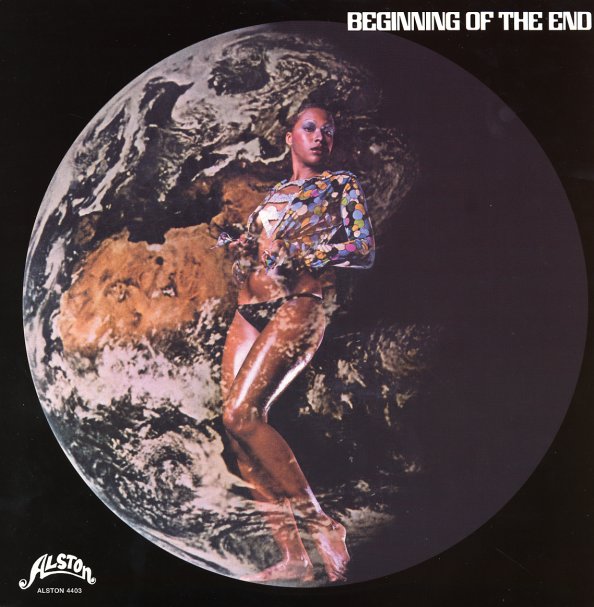 One of the rarest funky records of all time – the hard-to-find second album by Beginning Of The End! This West Indian combo hit it big with their first album on Alston, but this second set, for some strange reason, never really got distributed – which is a damn shame, because it's every bit as funky as their first! The uniquely choppy rhythms of the group's first album are every bit as great here as on the first set – and if anything, the band's instrumentation is even better, especially on the guitar, which is wickedly tight, and played with a super-dope flanged-out approach on the solos. Vocals are great too, maybe even more soulful than before, especially on the album's few midtempo cuts – and the album's a must-have for any fan of the group's funky sound! Titles include "That's What I Get", "Super Woman", "Bluestrain", "Jump In The Water", "Falling Apart At The Seams", and "Trip To Nowhere".  © 1996-2022, Dusty Groove, Inc.
(Great 2LP pressing – remastered from the original master tapes!)