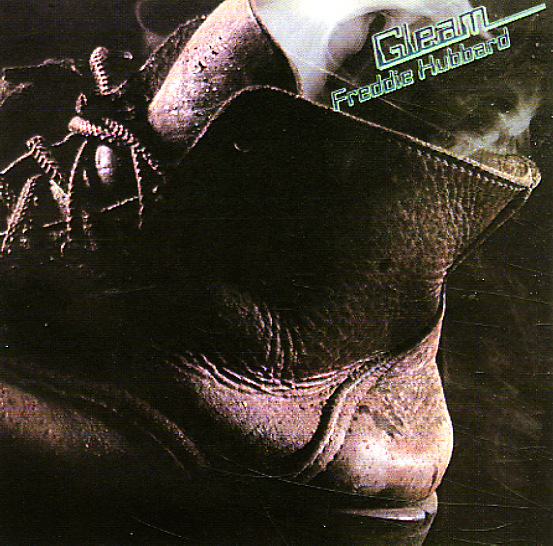 Jazz funk genius from Freddie Hubbard in the mid 70s! Gleam was a Japanese-only double album from the jazz giant in its original release – mighty funky at times, too – right up there with some of the best Miles Davis and Herbie Hancock Japanese sets from the 70s! It's a live set captured in March of '75 at Tokyo's Yubin Chokin Hall – long numbers played by a group that includes Freddie on trumpet, Carl Randall on tenor and flute, George Cables on electric piano, Henry Franklin on bass, Carl Burnett on drums, and Buck Clark on percussion! Each player has plenty of space to groove, and it's very well captured – you can hear the most expressive solos and the most subtle nuances. Some great solos by Freddie and the rest of the players – breathless tenor & flute by Randall, keys by Cables that are jazz funk perfection and interplay between Burnett's drums and Clark's congas & percussion that's somehow tense and comfortable at the same time. The shortest number in the set runs more than the 7 minutes and the longest is more than 20 minutes – and none is one second shorter than necessary, actually leaving us pining for more – making it all the more vital in the double album format. Released on 2CDs here! How this great album has been so hard to find over the years is a mystery. Titles include "Kuntu", "Spirits Of Trane", an amazing cover of Stevie Wonder's "Too High", "Midnight At The Oasis", "Ebony Moonbeams", and "Put It In The Pocket".  © 1996-2020, Dusty Groove, Inc.

Monday Night/Central Park North
Solid State/BGO (UK), 1969. New Copy 2CD
CD...$8.99
Two early albums from this hip late 60s ensemble! Monday Night is genius work from the Jones & Lewis group – easily one of their best albums! If you've ever wondered why these guys got the chance to make so many records, check out this excellent early set and hear them at their finest. ... CD