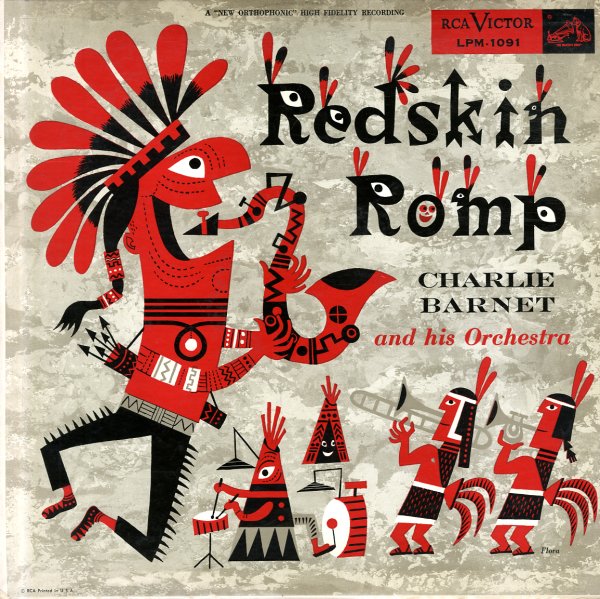 Later work from swing sax giant Charlie Barnet. While this theme seems rather un-PC these days, the style here is even more sophisticated than before – as the Barnet groove is updated with some nice 50s arrangements from Billy May. Includes Barnet's famous playing of "Cherokee", plus "Iroquois", "Comanche War Dance", "Pale Moon", "Indian Summer", and "Redskin Mambo".  © 1996-2021, Dusty Groove, Inc.
(Mono pressing with deep groove. Cover has some aging and wear at the bottom seam and a vintage price sticker on back.)