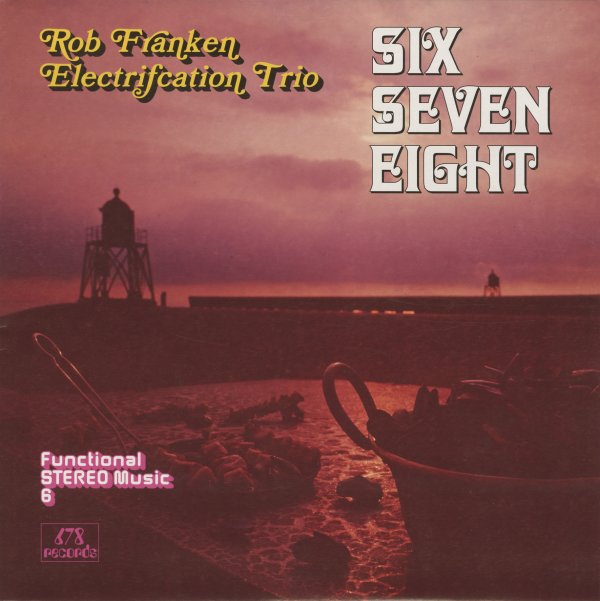 Dutch pianist Rob Franken is at the top of his game here – the top of his electric game, that is – as the album's a masterpiece in Fender Rhodes instrumentals, and right up there with the best US Rhodes work of the time! The album's a dream come true if you're a fan of jazzy electric keys – as Rob brings all his earlier jazz chops into play, while also keeping things nice and lean – so that you get to hear the keys spin out and do their thing – with mostly just the bass of Wim Essed and drums of Hank Zomer providing loose accompaniment! A few tracks appear to have some Arp as well, and most of the album was recorded in 1975 – a particularly wonderful year for keyboard jazz. Titles include "Frisky Frog Funk", "Esopet", "One Finger Snap", "Child Song", "Title Wave", "Spain", "Blame It On The Sun", and "Six Seven Eight".  © 1996-2022, Dusty Groove, Inc.

Library Archive – Funk, Jazz, Beats & Soundtracks From The Vaults Of Cavendish Music
BBE (UK), Mid 70s. New Copy 2LP Gatefold
LP...$39.99 44.98
Brilliant funky instrumentals from the UK Cavendish Sound Library – a company who could sometimes recorded more staid music, although that certainly wasn't the case with the gems on this collection! The music is by a handful of British studio talents of the time – most of whom come ... LP, Vinyl record album

Musiques Pour L'Image
Transversales Disques (France), 1970s. New Copy
LP...$26.99 29.99
Really funky sounds from Maurice Lecoeur – an overlooked French soundtrack genius of the 70s – and one who worked in territory that was way past familiar standards for film! If you know the music of Francois DeRoubaix, you'll find plenty here to love – because like DeRoubaix, ... LP, Vinyl record album