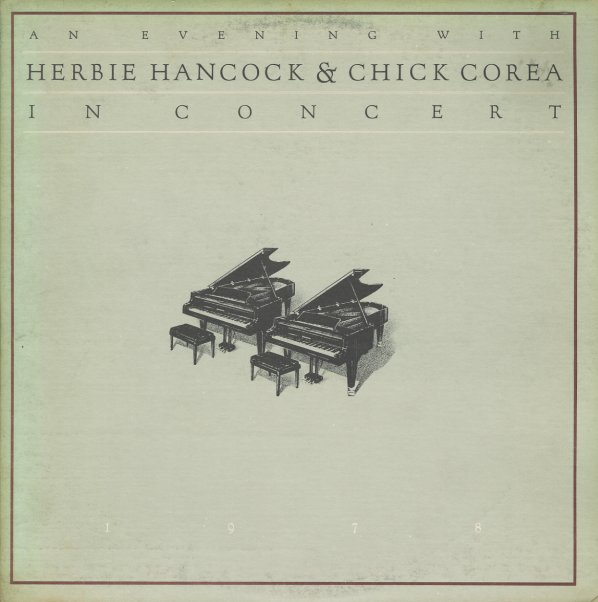 One of Herbie Hancock's great acoustic moments of the 70s – quite a contrast to his more dynamic electric work of the time, with the subtle, sensitive approach of some of his Japanese trio sessions! Likewise, Chick Corea reminds us that he's great on the acoustic keys too – and works here alongside Herbie on these long-spiralling tracks with no other instrumentation at all – just sublime twin-piano magic as both players bring their voices together, then rise up individually – on titles that include "Maiden Voyage", "Button Up", "Liza", "La Fiesta", and "February Moment" – all coming out very fresh and different here!  © 1996-2022, Dusty Groove, Inc.
(Out of print.)