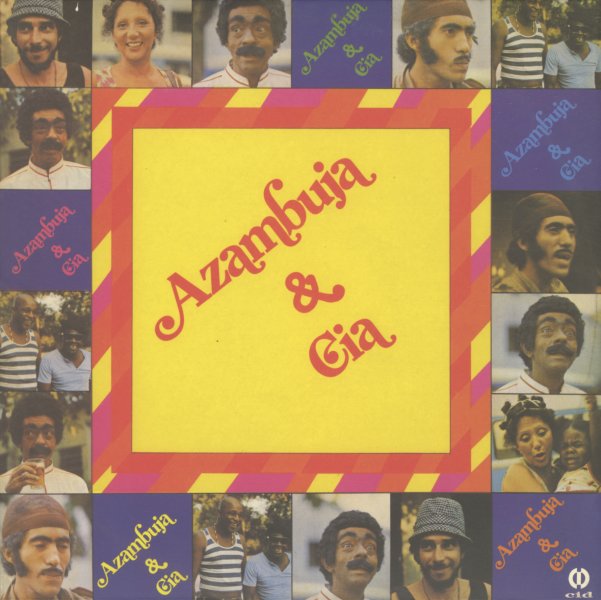 A record with an unusual source, but a sound that puts it right up there with some of the most heavenly rare Brazilian albums of the 70s – served up here in a folksy, jazzy mix of acoustic and electric elements – all with help from heavyweights who include Victor Assis Brasil, Mauricio Einhorn, Durval Ferreira, and the Azymuth trio! The songs are based around creations by a Brazilian comedy duo, but they hardly sound anything like that at all – as they're easy-going, mellow-grooving, and have these vocals that flow beautifully amidst percussion, guitar, and keyboards! There are two monologue tracks in Portuguese – both with audience laughter – but all other tracks are sung, and delivered with some wonderful arrangements by Jose Roberto Bertrami and Jose Menezes. Titles include "Negra Brecho", "Ao Billilico", "Tema Do Azambuja", "A Turma", "Verde", "Maristela", and "O Poste Da Rua Jorge De Lima".  © 1996-2021, Dusty Groove, Inc.

Azimuth (Linha Do Horizonte) (180 gram vinyl)
Som Livre/Far Out (UK), 1975. New Copy Gatefold (reissue)
LP...$24.99 30.98
One of the sweetest electric records to come from 70s Brazil – the fabulous first effort from the Azymuth trio, and work that's hardly been matched again! Although the group here have plenty of the warm keyboard touches of their more famous later work, they're also moving in territory that's ... LP, Vinyl record album