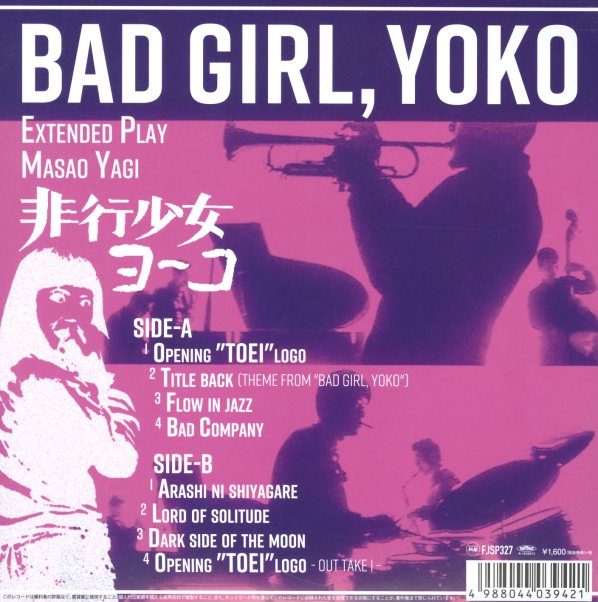 A totally cool Japanese soundtrack from the 60s – one that's as much of a jazz album as it is a film score! The group features saxes from Sadao Watanabe and trumpet from Terumasa Hino – part of a lineup that would already make the music sound great on paper, although it's even better on record! The tracks all have a modern jazz vibe – slightly edgey, maybe a bit like French new wave jazz soundtrack scoring – although sometimes with more of a 60s soul jazz punch, yet still delivered in a very offbeat way. As with the best jazz soundtracks of the time, the music is very evocative – maybe more so than on a standard jazz album – and titles include "Flow In Jazz", "Bad Company", "Dark Side Of The Moon", "Lord Of Solitude", "Arashi Ni Shiyagare", and "Title Back".  © 1996-2021, Dusty Groove, Inc.