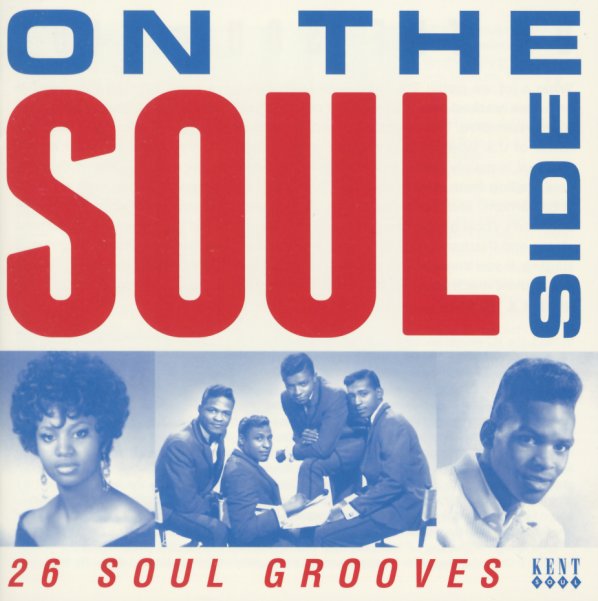 A classic compilation gets upgraded in a mighty nice way – as a huge tribute to the many years of soul and funk we've gotten from the Ace/Kent label in London! Back at the start of the 80s, the company was one of the first to properly repress rare American soul, and do it the right way – not only with top-shelf sound quality, but also a strong sense of history that has had us learning as much about 60s and 70s soul from their compilations as we've found ourselves loving the music! The original On The Soul Side album was one of the first Kent titles from the early years – but here, it's expanded to a whopping 26 titles, with great sound and detailed notes – all to present over two dozen tracks that really show the farther reaches of 60s soul beyond Motown and the big chart hits. Titles include "Boy Watcher" by Ginger Thompson, "Baby I Love You" by Jimmy Holiday, "Dr Love" by Bobby Sheen, "Love & Desire" by Patrice Holloway, "A Lot Of Love" by Homer Banks, "It's What's Underneath That Counts" by June Jackson, "Point Of No Return" by Gene McDaniels, "Fortune Teller" by Benny Spellman, "It Was Easier To Hurt Her" by Garnet Mimms, "The Record" by HB Barnum, "Love Is A Hurtin Thing" by Lou Rawls, "Nothing Left To Do But Cry" by Merry Clayton, "The Man Who Don't Believe In Love" by Marv Johnson, "What You Gonna Do" by Bobby Womack, "Nobody Treats You The Way I Do" by The Magnificent Men, "Gonna Fix You Good" by Little Anthony & The Imperials, "It Will Stand" by The Showmen, "What's A Matter Baby" by Timi Yuro, "Ready Willing & Able" by Jimmy Holiday & Clydie King, and "Trick Bag" by Earl King.  © 1996-2022, Dusty Groove, Inc.