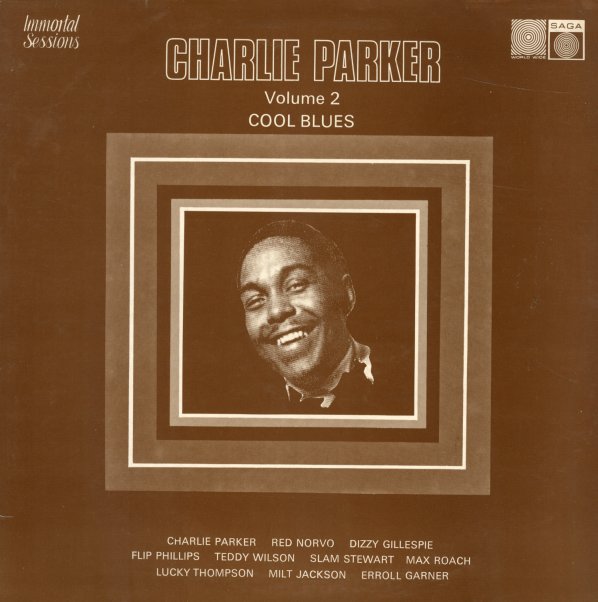 UK issue of a number of older bop sides – recorded in New York in 1945 (with the Red Norvo group), Hollywood in 1946 (with Dizzy Gillespie's Jazzmen), Hollywood in 1947 (with Errol Garner, and New York in 1951 (with a group that includes Walter Bishop and Mundell Lowe.) Titles include "This is Always", "Dark Shadows", "Cool Blues", "Diggin Diz", "Slam Slam Blues", and "Confirmation".  © 1996-2022, Dusty Groove, Inc.
(Cover has unglued seams, some gloss separation, and is lightly bent at the bottom right corner.)

Charlie Parker At Storyville
Blue Note, 1953/1985. Near Mint-
LP...$14.99
Rare work by Charlie Parker, recorded at Storyville Nightclub in Boston in 1953 – originally broadcast on radio station WHDH, and featuring Bird in a more open, relaxed style than his studio sessions. The recording quality is a bit dated, but the quality of the playing isn't – with ... LP, Vinyl record album

Collaboration
Saga (UK), Early 60s. Very Good+
LP...$19.99
A slightly more serious affair from Brit jazzman Johnny Dankworth – and a set that points towards some of the soundtrack albums he'd cut in the 60s! There's a modern jazz-meets-classical feel here – as Dankworth's larger group of players is augmented by some fuller strings from the ... LP, Vinyl record album