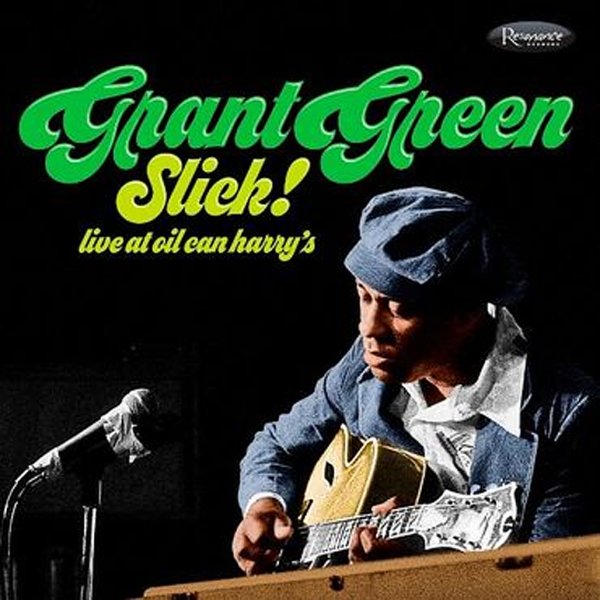 Slick – Live At Oil Can Harry's

Late live work from the mighty Grant Green – cut at a time when the guitarist wasn't giving us nearly enough records as in his early years, and was also tending to record in a more polished setting! That's definitely not the case here – as the tracks are long, and the music is live – recorded with a very cool small combo that includes Emmanuel Riggins on electric piano, Ronnie Ware on bass, Greg Williams on drums, and Gerald Izzard on percussion – all really stretching out on the long tracks in the set! Titles include a massive 26 minute take on "How Insensitive", an 8 minute version of "Now's The Time", and a long medley that spins out for over 30 minutes – and which includes "Vulcan Princess", "Skin Tight", "Woman's Gotta Have It", "Boogie On Reggae Woman", and "For The Love Of Money".  © 1996-2023, Dusty Groove, Inc.