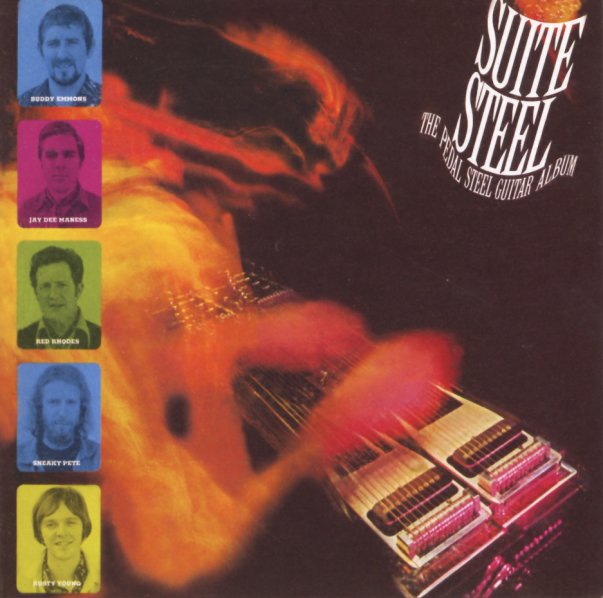 A mighty sweet album of steel guitar instrumentals – a special Elektra Records session that features five of the greatest talents on the instrument at the start of the 70s – both longtime stalwarts, and key up-and-comers! Sneaky Pete Kleinow joins here with Buddy Emmons, Jay Dee Maness, Red Rhodes, and Rusty Young as a fantastic quintet of string-bending talents – all working with help from a small backup combo – and each getting a turn in the lead from track to track. The differences in tone and phrasing are great, and really come through over the course of the set – which has a vibe that's much hipper than the usual country instrumental albums of the period! Titles include "Yesterday", "Sunshine Of Your Love", "Down On The Corner", "Everybody's Talkin", "Blackbird", "Wichita Lineman", "Muddy Mississippi Line", "Turn Any Corner", and "Prodigal".  © 1996-2021, Dusty Groove, Inc.