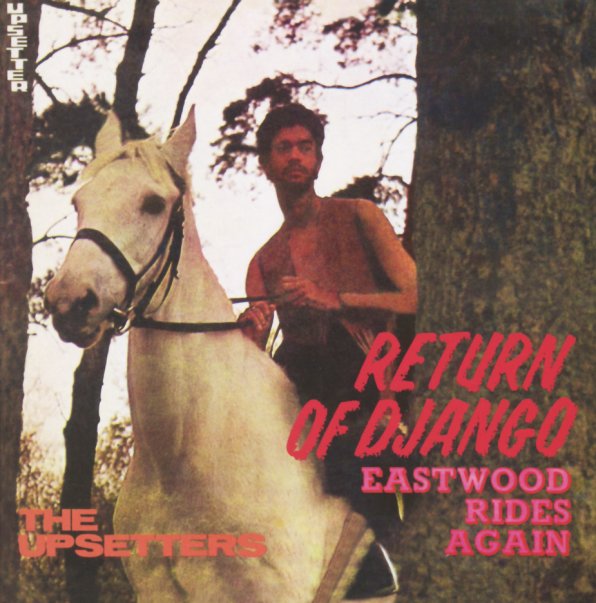 Two killer Trojan albums from Lee Perry & The Upsetters – back to back on a single CD! First up is Return Of Django – an early moment of genius from the legendary Lee Perry – and a set that uses Django imagery from Italian westerns to serve up a "bad boy" version of Jamaican music for the late 60s! Even at this early point, the sounds are mindblowing – rocksteady brought through a really weird sort of filter – so that lots of familiar instruments are turned inside out, and used to create these incredibly far-out sounds – especially the keyboards, which get really weird tunings and timings – and the reed passages, which sometimes have surprisingly exotic touches. Production is a big part of this approach, yet is surprisingly understated too – especially in comparison to later Perry productions – and titles include "Cold Sweat", "Live Injection", "Ten To Twelve", "One Punch", "Touch Of Fire", "Night Doctor", and the classic "Man From MI5". If there's anyone who could make the idea of Italian westerns and Jamaican grooves come together, it's the young Lee Scratch Perry – the mad musician who always had a great talent for mixing it up! Eastwood Rides Again follows the theme of The Upsetters previous classic, Return Of Django – and like that one, the groove isn't just the rocksteady rhythms you'd expect – but also maybe this more spacious version of the style, with a bit more space between the notes than some of their Kingston contemporaries – almost a mode that could be inspired by the spacious soundtrack scoring of the Italian scene, then delivered with a much grittier vibe. Most tunes are instrumentals, and titles include "Eastwood Rides Again", "Salt & Pepper", "Red Hot", "Tight Spot", "Catch This", "Popcorn", and "You Are Adorable".  © 1996-2023, Dusty Groove, Inc.