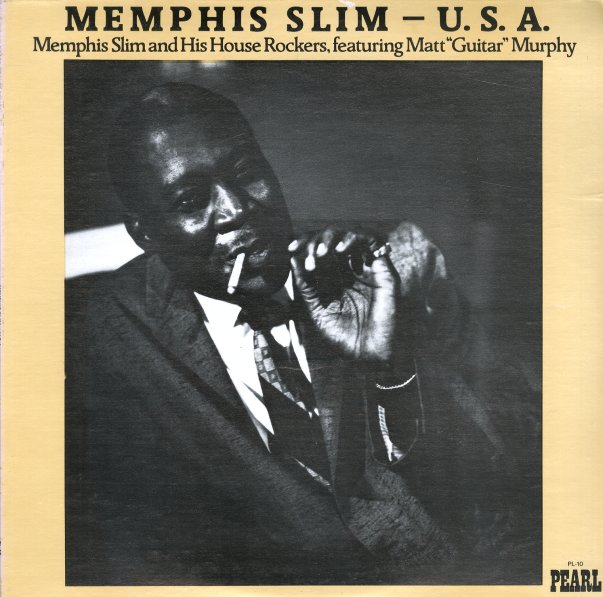 Not the Candid album with a similar title, but a great set of 50s material that Memphis Slim cut for the United Records label in Chicago – many previously unissued – in a small group with Matt Murphy on guitar! Titles include "Slim Was Just Kiddin", "She's Allright", "Backbone Boogie", "Little Peace Of Mind", "Blue & Lonesome", and "Banana Oil".  © 1996-2022, Dusty Groove, Inc.
(70s pressing – first issue of this material! Cover has a small trace of a price sticker.)

There's A Riot Goin' On
Epic, 1971. Very Good- Gatefold
LP...$19.99
A wonderful album from Sly and crew – moving way past the straight funk approach of earlier records, into a complicated crossover soul style that's filled with warmth and righteousness. Despite the political tone implied by the "riot" in the title and the co-option of the American ... LP, Vinyl record album