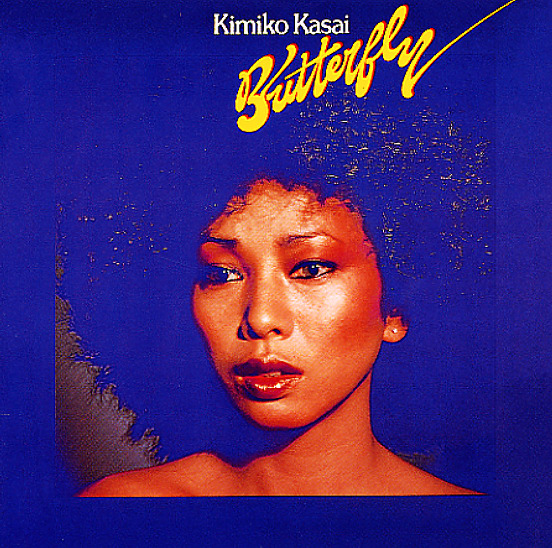 A legendary pairing of talents – as Japanese jazz singer Kimiko Kasai works alongside Herbie Hancock – in a setting that's very much on the soul side of the spectrum! Both Herbie and Kimiko started out with a straighter jazz sound in their early years – but by the end of the 70s, they'd both picked up plenty of influences from R&B – although Kasai's work was largely unknown to American audiences. This set is one of those rare Japanese-only sessions by Herbie at the time – a few of which have gotten released overseas as the decades have gone on – and Hancock is in his best keyboard groove, and also gets additional help on the keys from Webster Lewis – who no doubt brings a strong soul current to the music too. Other musicians include Bennie Maupin on soprano and tenor sax, Paul Jackson on bass, Ray Obeido on guitar, Alphonse Mouzon on drums, and Bill Summers on percussion – in a groove that's like a tighter take on the sound of The Headhunters. Kimiko sings in English – and titles include some great versions of Herbie Hancock tunes – including "Maiden Voyage", "Sunlight", "Butterfly", "Tell Me A Bedtime Story", and "Harvest Time" – plus a great take on Stevie Wonder's "As", the cut "Head In The Clouds", and the funk-steeped opener "I Thought It Was You".  © 1996-2020, Dusty Groove, Inc.