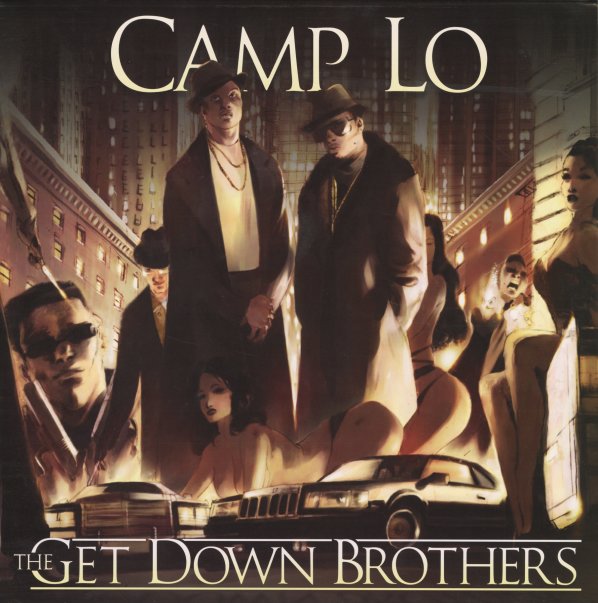 Get Down Brothers/On The Way Uptown (bonus LP)

A double album set of classic & contemporary Camp Lo – the solid Get Down Brothers on the contemporary tip and the bonus On The Way Uptown LP on the classic tip! Get Down Brothers finds working nicely in modern, but not at all trend hopping effort with straight up hip hop and some clubbier sounds that don't weigh down the veteran rhyme craft. Titles includes "Genie Alert", "Crocket & Tubs" with YahZarah, Love Is Love", "Strings", "Black Connection", "What They Know", "This Is Lo" and more. On The Way Uptown features early 90s era demos from their uberclassic Uptown Saturday Night plus some nice pre-Uptown Saturday Night material! 12 tracks including "Sugar Streets", "Coolie High Is Life", "Short Eyes", "World Heist", "Sparkle (110th St Demo)", "Superfly", "Hollywood At The Disco" and more.  © 1996-2021, Dusty Groove, Inc.
(Comes with a bonus LP of early 90s Uptown Saturday Night era demos!)