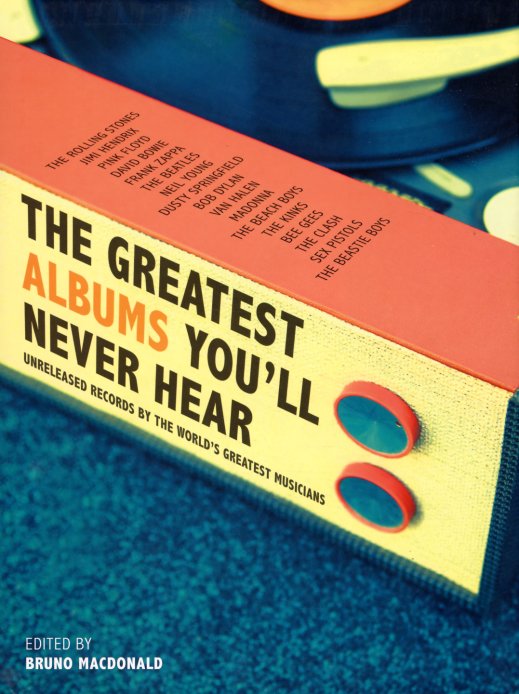 A really cool look at albums that never happened – planned projects that were almost produced, but which fell apart at some point in the creative process – leading to a surprisingly large legacy of lost albums by some of rock music's biggest stars! Sure, everyone knows a few of these – like The Beach Boys' Smile – but this book opens the door to lots lots more – including projects by The Kinks, Pink Floyd, David Bowie, The Rolling Stones, Jimi Hendrix, Buffalo Springfield, Madonna, The Sex Pistols, Beastie Boys, and many more. Best of all, the book presents the albums almost as if they actually existed – in short sections within larger chapters that each feature an imagined cover, projected release dates, and a short section that tells the story of the record – which often features a "what happened next" sidebar to show where the creative process landed. The great presentation really helps illuminate the material – and the book is 256 pages, in color throughout.  © 1996-2022, Dusty Groove, Inc.