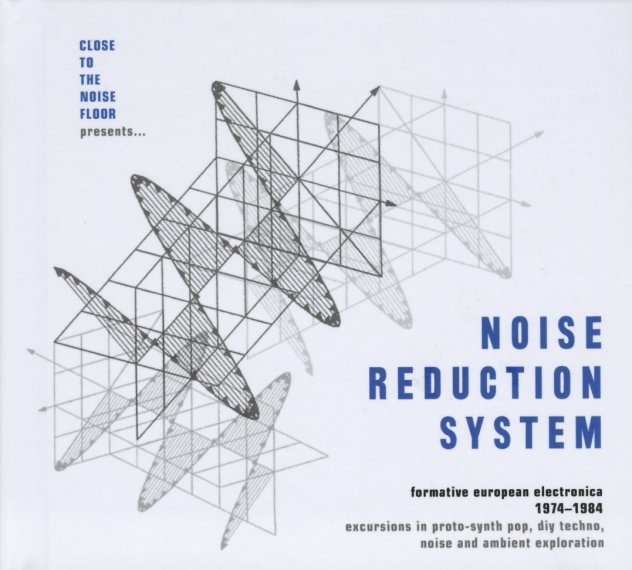 An incredible collection of electronic sounds that went on to inform generations of rock, pop, and dance music in years to come – but all featured here with much more interesting examples from the European roots of the genre! There's a wonderful criss-crossing of sources going on here – some academic experimenters from electronic labs, some prog musicians getting a bit more analog, some early digital keyboard wizards, and some downright punky folks – using electronics instead of guitars! The blend is wonderful, and very ear-opening – even more amazing than the partner set in this series, Close To The Noise Floor, which focused on the UK. The music here includes early work by artists you might not expect in such company, alongside others who flourished briefly at the time, gave us some great sounds – then quickly disappeared. Fortunately, the big book of notes tells all the details of the groups and their music – making the whole thing as historically informative as it is entertaining. Titles include "Ich Will" by DAF, "Ny Ny" by Truus De Groot, "Caramel" by Cluster, "Godot Was Here" by Human Flesh, "Soviet Invasion" by Doxa Sinistra, "Last Lift" by Not Only Bones, "Geld" by Malaria, "Son" by Minny Pops, "What's Dat" by Der Plan, "Industrial Tape Track 3 (excerpt)" by Maurizio Bianchi, "Sexual Discipline" by Die Form, "Flanco Dama" by Diseno Corbusier, "Troglodyten" by Asmus Tietchens, "Hymne Au Ver" by Bene Gesserit, "Secret Affair No 2" by Borghesia, "Glue Head" by Yello, "Party Talk" by Andre De Koning, "Shai Hulud" by Bernard Szajner, and "TAnze & Singen" by DDAA. 61 tracks in all!  © 1996-2021, Dusty Groove, Inc.