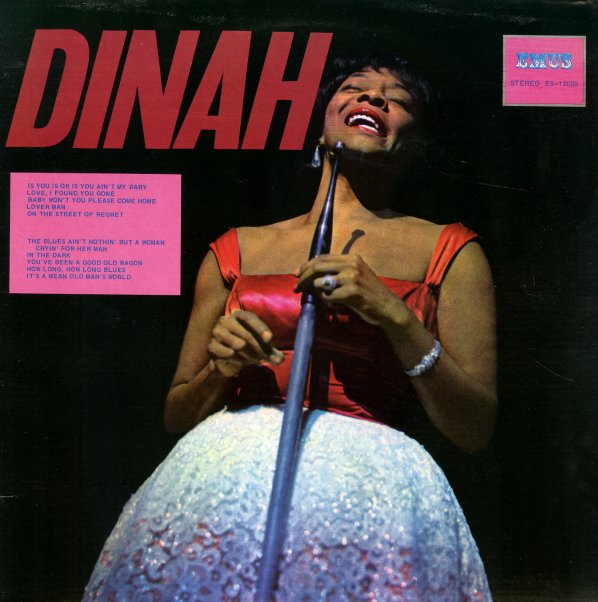 I Wanna Be Loved
Mercury, 1962. Very Good+
LP...$6.99
A key set in the early 60s recasting of Dinah Washington's sound for a younger generation – and a record that pairs Dinah's great vocals with some lively arrangements from Quincy Jones! The Q really knows how to hip things up for the record – taking the familiar tunes of the themes and ... LP, Vinyl record album

Everyday I Have The Blues (aka Joe Williams Sings Everyday)
Emus, Early 50s. Very Good+
LP...$2.99
Incredible early work from Joe Williams – harder, rawer, and spookier than any of his more famous sides from the late 50s and 1960s! The album's got a style that's almost R&B in parts – and features Joe effortlessly swinging his way through a set list that includes "It's ... LP, Vinyl record album