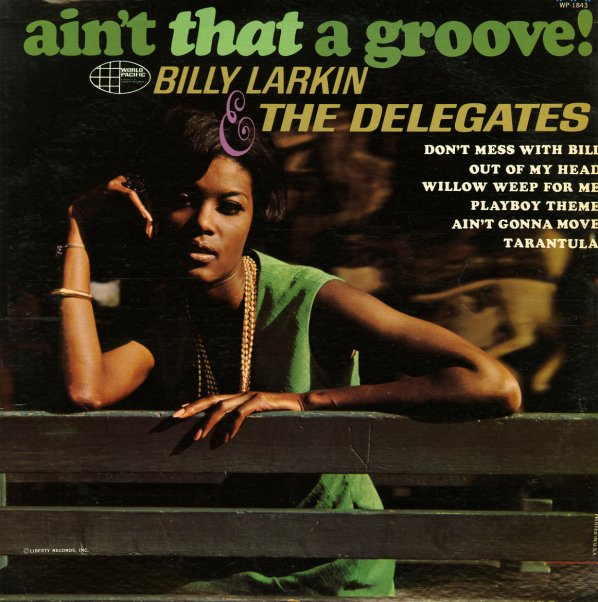 Ain't That A Groove

One of the greatest records ever cut by organist Billy Larkin – a lean, mean batch of soul jazz instrumentals, recorded with the Delegates combo, featuring tenor work by a young Fats Theus! The tracks are short tight jazz dancers – with a mixture of stepping grooves and some more full on rhythmic modes – and titles include "Tarantula", "Soul Sister", "Playboy Theme", "Puget Sound", "Gwon Train", "Ain't That A Groove", "Ain't Gonna Move", and "Goin Out Of My Head"! One of his great ones!  © 1996-2021, Dusty Groove, Inc.
(Black label deep groove pressing. Cover has splitting on the top seam and light surface wear.)

Pigmy
Aura, Early 60s. Very Good+
LP...$24.99
Killer stuff! This is one of Billy's earliest albums, and it's a monster batch of funky organ tunes with a much harder groove than on later works! The group is Billy's early Delegates trio – with Hank Swarn on guitar and Mel Brown on drums – and bad, bad grooves abound: including the ... LP, Vinyl record album

New Bottle Old Wine
World Pacific, 1958. Sealed
LP...$29.99 (LP...$28.99)
A masterpiece through and through from arranger Gil Evans – a record of swinging modern backdrops, used to showcase both the solo talents of a young Cannonball Adderley, and the dynamic energy of Evans himself! Cannon's sharp-edged early tone is a really great sound for the record – ... LP, Vinyl record album