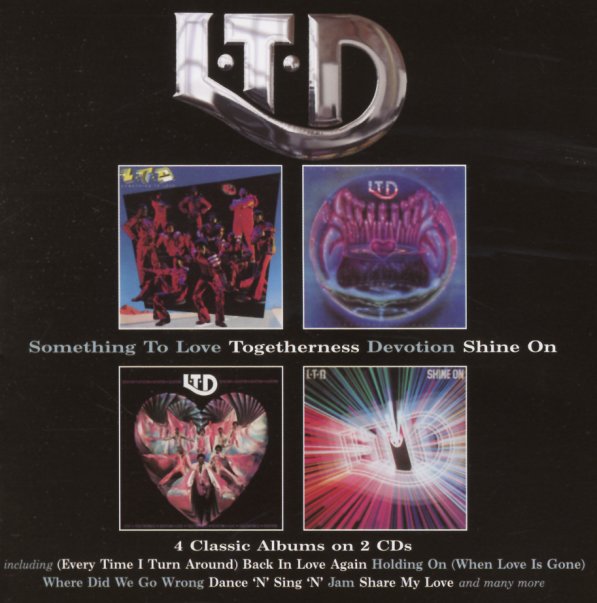 4 classic records from LTD on 2CDs! Something To Love is a great little groover with arrangements by Philly Soul maestro Bobby Martin – who mixes together funk, club grooves, and smooth soul. Jeffrey Osborne's vocals really shine on this one, too! Osborne's emerging strongly in the mellow soul mode on Togetherness, too – especially on the album's two great ballad cuts, "Concentrate On You" and "We Both Deserve Each Other". Devotion is one of LTD's biggest from the 70s – a sweet mix of mellow soul and boogie. Shine On features more solid boogie sounds – with the group still grooving beautifully in their best late 70s mode at the cusp of the next decade! 37 tracks on a 2CD set that compiles their last few years of the 70s! "Back In Love Again", "Stay With Me", "We Party Hearty", "Material Things", "Age Of The Showdown", "Stranger", "Share My Love", "Say That You'll Be Mine", "One On One", and "Dance N Sing N", "You Gave Me Love", "Lovers Everywhere", "Holding On", "Jam", "Don't Stop Loving Me Now", and "Let's All Live & Give Together", "Don'tcha Know", "Shine On", "Where Did We Go Wrong", "Getaway", "Lady Love" and more.  © 1996-2021, Dusty Groove, Inc.