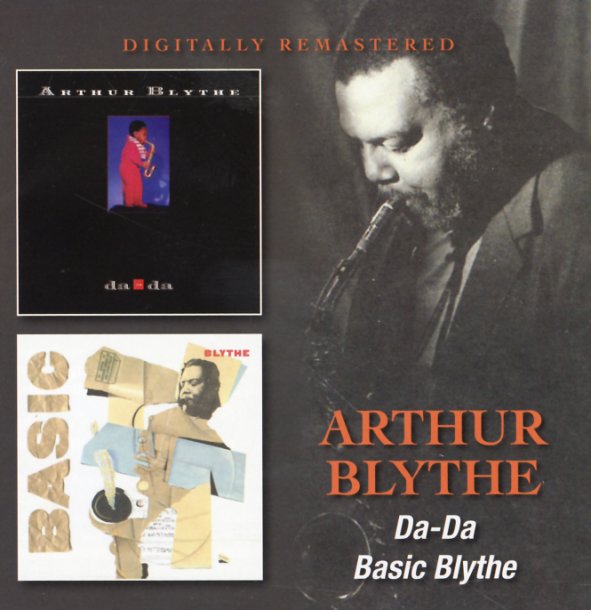 A pair of 80s albums from saxophonist Arthur Blythe – back to back in a single set! Da Da is a set that mixes some of the sharper edges of Blythe's earlier records with a few more contemporary touches – but always at a level that still has the reedman standing far from the mainstream! The core group here features Olu Dara on trumpet, Cecil McBee on bass, John Hicks on piano, and Bobby Battle on drums – and on the acoustic tracks, there's some great energy between them that soars with a soulful spirit birthed in the loft jazz years, maybe swung a bit straighter than before. A few other tunes add in some extra elements – an electric bass on one number, some light strings on another – but the core of the album still has a magnificent focus on that tone that Blythe had only perfected even more on records like this, especially on the more laidback numbers, which come as a real surprise, and reflect a ballad style we might not have guessed in the early days. Titles include "Odessa", "Esquinas", "After Paris", "Crescent", and "Break Time". Next up is Basic Blythe – not exactly basic work from Arthur Blythe, as the set features an added string ensemble too – but a record that certainly has the saxophonist really hitting a whole new level of genius! There's a great core group here – with John Hicks on piano, Anthony Cox on bass, and Bobby Battle on drums – and the strings are added in around the edges, never getting to much in the way of the combo energy, but also fleshing out the sound with this beautiful richness that only seems to enhance the sharp tone of Arthur's alto sax! The arrangements are great, too – hardly the usual "with strings" material, and instead very creative – with this mix of soul and sophistication that reminds us a bit of the Bill Lee scores for early Spike Lee films, but even longer and with the key addition of Blythe in the lead. Titles include "Lenox Avenue Breakdown", "Faceless Woman", "Ruby My Dear", "Heart To Heart", and "As Of Yet".  © 1996-2021, Dusty Groove, Inc.

Monday Night/Central Park North
Solid State/BGO (UK), 1969. New Copy 2CD
CD...$9.99 16.99
Two early albums from this hip late 60s ensemble! Monday Night is genius work from the Jones & Lewis group – easily one of their best albums! If you've ever wondered why these guys got the chance to make so many records, check out this excellent early set and hear them at their finest. ... CD