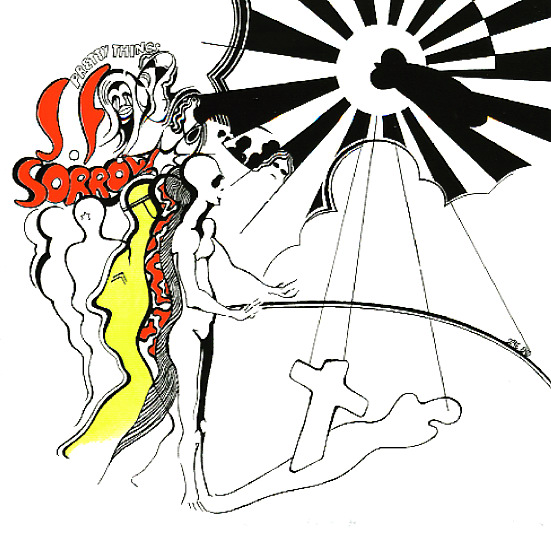 A late 60s masterpiece from The Pretty Things – beautifully baroque west coast psych pop, done in a style that links together the headier LA sound of Love with some of the more concept-driven work of the UK scene at the time! There's an undeniable power in the record – an energy that was years ahead of its time, and which has led to the album's rediscovery by a host of new generations. At some points, the instrumentation is simple guitar-based rock – but at others, it's topped off by just the right use of strings, larger orchestrations, and bits borrowed from Indian music! Vocals are bitingly delivered, but never cliched – and titles include "Old Man Going", "Loneliest Person", "SF Sorrow Is Born", "She Says Good Morning", "Death", and "Baron Saturday". CD features bonus tracks – "Mr Evasion", "Talkin About The Good Times", "Defecting Grey", and "Walking Through My Dreams".  © 1996-2021, Dusty Groove, Inc.
(50th Anniversary edition with a 16-page booklet!)

Blue Whale (Japanese paper sleeve edition)
BYG/Big Pink (South Korea), 1970. New Copy
CD...$18.99 22.99
A fantastic set from Aynsley Dunbar – the drummer who's worked famously with a number of other key artists on both the US and UK scenes – but an artist who always seems to bring something special to the mix when he is a leader! Aynsley's pictured on the cover behind a massive set of ... CD