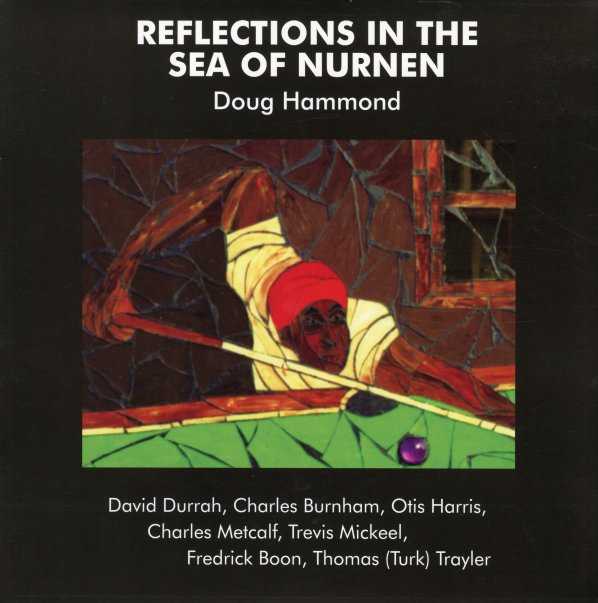 An incredible session from the legendary Tribe Records scene – an equal effort from leader Doug Hammond and keyboardist David Durrah, who contributes some groundbreaking Fender Rhodes and moog work to the set! Hammond handles drums plus a bit of vocals and synthesizer on the session – working alongside Durrah in a groove that mixes electric and acoustic instrumentation into a totally righteous sound with lots of heavy Afro Jazz leanings. A number of tracks feature great vocals from Hammond – righteous, and with a beautifully soulful message-oriented approach – and a few other tracks, such as the classic "Space I" and "Space II", feature a sparer all-electric sound. The whole thing's wonderful – skittishly rhythmic, warmly flowing, and righteously beautiful. Titles include "Sea Of Nurnen", "Fidalgo Detour", "Reflections", "Space II", and "For Real".  © 1996-2022, Dusty Groove, Inc.
(Limited edition 180 gram pressing!)