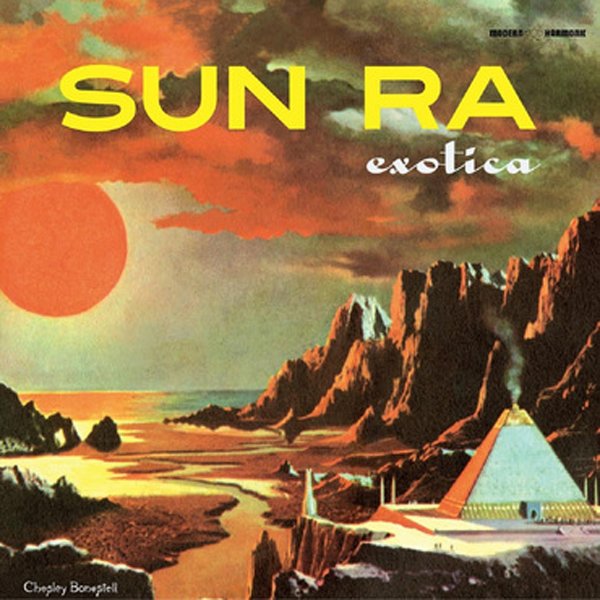 A fantastic take on the music of Sun Ra – a set that looks at the way his sounds dovetailed with the exotica movement in American music of the postwar years! Given that he claimed to be from outer space, Ra was already pretty darn exotic himself – but his music also arose at a time when artists like Martin Denny and Les Baxter were taking global sounds and fusing them into more mainstream American music, including jazz – with results that have become legendary over the years! And while Denny, Baxter, and other contemporaries were more involved with mood music, Ra was part of a generation of jazz musicians – such as Yusef Lateef or Wilbur Harden – who were working a richer vein of the territory for jazz – as you'll hear in these wonderful tracks. The set brings together key sides from the earliest Ra recordings, plus some unissued material too – done in the really great style of the other Modern Harmonic reissues in recent years. Unissued titles include "April In Paris", "Paradise", "Star Bright", "Spontaneous Simplicity", "Somewhere In Space", and "Cha Cha In Outer Space" – and other titles include "Overtones Of China", "Tiny Pyramids", "The Nile (part 1)", "Kingdom Of Thunder", "Ancient Aiethopia", "India", "Friendly Galaxy", and "Africa" – plus the complete version of "Island In The Sun".  © 1996-2021, Dusty Groove, Inc.