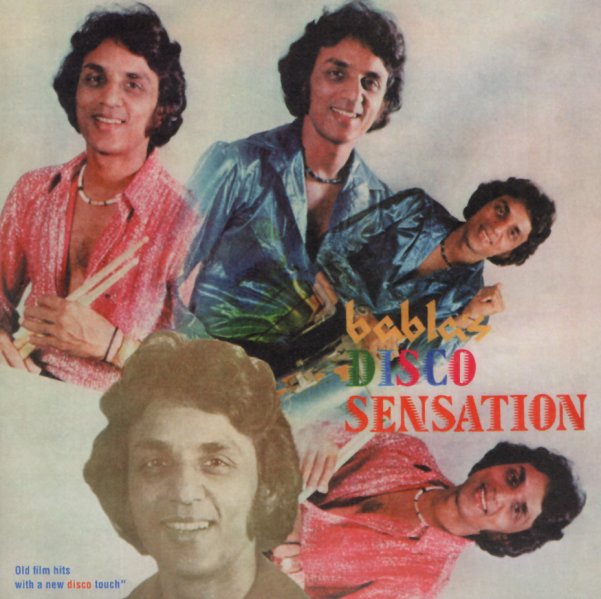 A definite disco sensation from Babla – a singer who refits older Indian film songs with new club grooves for the 80s – definitely very much in the mode that's promised by the title! The set features older songs by Shankhar Jakishan, Kalyanji Anadji, and Hemant Kumar – plus a few originals by Babla too – and the instrumentation also has a fair bit of keyboards in the mix, which creates this spacey disco vibe that's not unlike some of the more cosmic club tracks coming from the European scene at the start of the 80s! Rhythms are all upbeat, and the keyboards give the music a darker edge than you might expect – on titles that include "Aye mere Dil Kahin Aur Chal", "Intian Aartis", "Hamko Tumpe Pyar Aaya", "Kabhi Hota Nahin", and "Man Dole Mera Tan Dole".  © 1996-2021, Dusty Groove, Inc.