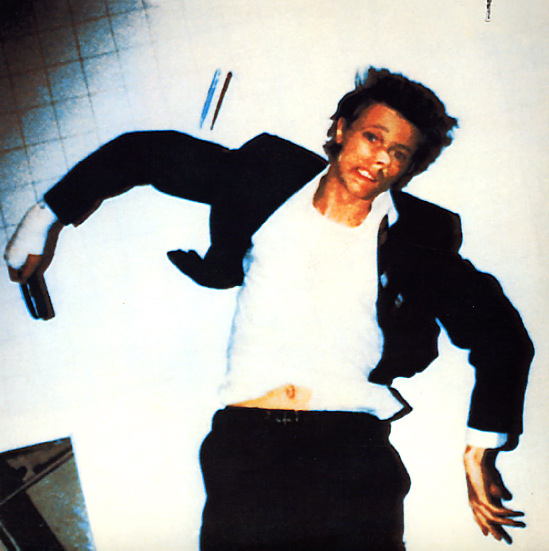 The brilliant consummation of Bowie's late 70s years in Berlin – a record that showed he could take the experiments in sound he was crafting with Brian Eno, and turn them back into the kind of creepily catchy rock tunes that first made him a legend! Eno's help on the record is still quite strong – heard very well in the record's use of odd electronics and exotic themes – of a sort that Eno would later explore on his own with David Byrne. But the real charm here is pure Bowie – with an unabashed flair for a dramatic lyric, a well-chosen use of a heavier guitar, and a sense of personality and poise that makes the record one of his most unified ever! Titles include "Red Sails", "Look Back In Anger", "Repetition", "Boys Keep Swinging", "Red Money", "Yassassin", and "DJ".  © 1996-2022, Dusty Groove, Inc.
(Remastered.)

Kraftwerk – Remixes (3LP set)
Parlophone, 2022. New Copy 3LP
LP...$58.99 59.99 (CD...$28.99)
A great combination of remixes old and new – a set that features some of the 12" single remixes of Kraftwerk tracks from the early 80s onward, plus some new mixes by the group themselves – more than enough to make the album a great testament to their electronic genius, and the ... LP, Vinyl record album