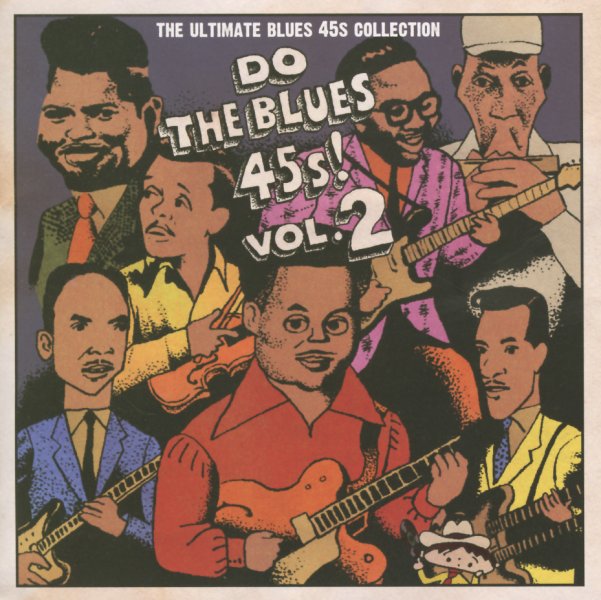 Do The Blues 45s Vol 2 –The Ultimate Blues 45 Collection

Blues 45s – but material that's also pretty close to the funky 45 spirit of the 60s too – given that most of these cuts have a pretty raw groove! The blues element usually comes from a guitar or harmonica element, or a way of vocal phrasing – but much of the background instrumentation hits a gritty soul groove that's pretty darn funky overall – a great fusion of modes that must have sounded pretty darn great coming from a jukebox in the back room of some south side nightclub! This second volume is every bit as great as the first – and titles include "Love Is A Serious Thing" by Otis Reed, "Stretchin Out" by Little Sonny, "Lonesome" by Memphis Slim, "Don't Change Your Mind" by TB Fisher, "You Won't Treat Me Right" by TV Slim & His Bluesmen, "Fatten Pin" by Clyde Hopkins, "Dark River" by Freddy Young, "I'm Leaving You" by Bob Reed & His Band, "I Tried" by Larry Davis, "Pickin Heavy" by Joe Scott, "Roll On Train" by Elton Anderson, and "I'm So Tired" by Eddie Bo.  © 1996-2022, Dusty Groove, Inc.

Do The Blues 45s Vol 3 –The Ultimate Blues 45 Collection
Think (Japan), 1960s. New Copy
CD...$24.99
A funky little collection, and one that's got way more going on than just the blues 45s mentioned in the title – as the cuts here include some great instrumentals and soulful work as well! We loved the previous volumes in this series, and this one is every bit as smoking – a mix of ... CD

Midnight Believer/Take It Home
MCA/BGO (UK), Late 70s. New Copy
CD...$12.99 18.99
70s BB King back to back – two full albums in one set! Midnight Believer is one of the most tightly-produced of BB King's albums for MCA, but a set that's still filled with undeniable charm – and which really shows King more than able to step up to some well-deserved superstardom! ... CD