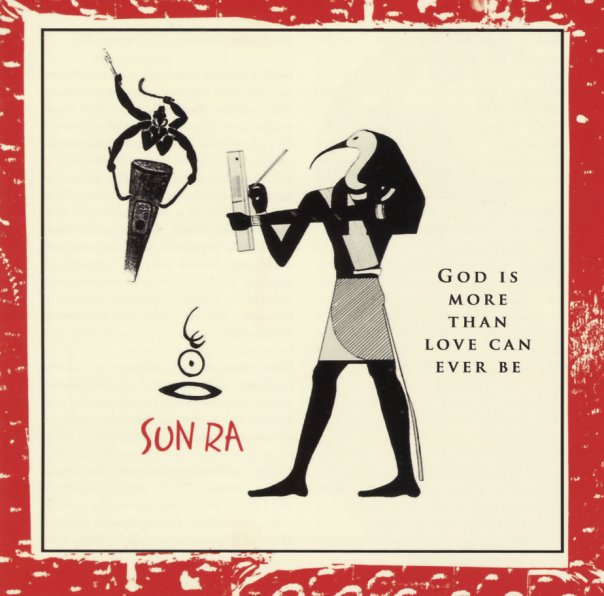 One of the rarest 70s albums in the Sun Ra catalog – and one of the most unique, too – given that the format here is a piano trio, of the style often used by other jazz musicians – but completely transformed here in the hands of Ra! The music is sometimes straight, but always with angles – taking off nicely from the Horo Records mode right before – and delivered by Ra with this new sense of confidence and historical imagination on the keys of the piano – with great support from Richard Williams on bass and Luqman Ali on drums. There's no spacey production or weird instrumentation – but still, as with the Horo and Improvising Artists material, Sun Ra shows us what a tremendous jazz musician he can be in a more familiar setting – a great snap back to all those who ever might have called him a pretender. Titles include "Blythe Spirit Dance", "Tenderness", "Days Of Happiness", and "Magic City Blue".  © 1996-2023, Dusty Groove, Inc.

Omniverse (with bonus tracks)
Saturn/Modern Harmonic, 1979. New Copy
CD...$13.99 16.99
A really great record, and one that was recorded by a smaller version of the Arkestra than usual – done in this spiritual style that's almost a bit like some of the Horo Records material that Sun Ra had recorded just a short time before! There's an intimacy here that's wonderful – and ... CD

Crystal Spears
Saturn/Modern Harmonic, 1974. New Copy
CD...$14.99 15.99 (LP...$23.99)
A really wonderful album from Sun Ra and the Arkestra – recorded during their early 70s relationship with Impulse Records, but rejected by the label at the time – because the sound was too far ahead of its time! That lack is our gain, though – as the session's gone onto legendary ... CD