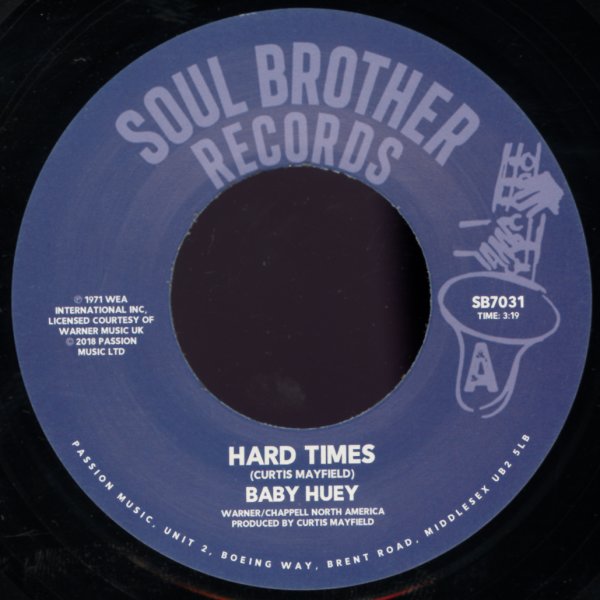 One of the best-remembered tunes from this Curtom funk legend – a track that begins witht his famous break made from drums and fluttering flute – then rolls into a super-righteous lyric that's delivered with all the majesty that Baby Huey had to offer! "Listen To Me" is also great – one of his funkiest tracks ever, with a massive bass break at the start – then the kind of full-on vocalizations that made Huey a legendary live draw during his few short years on the planet!  © 1996-2021, Dusty Groove, Inc.