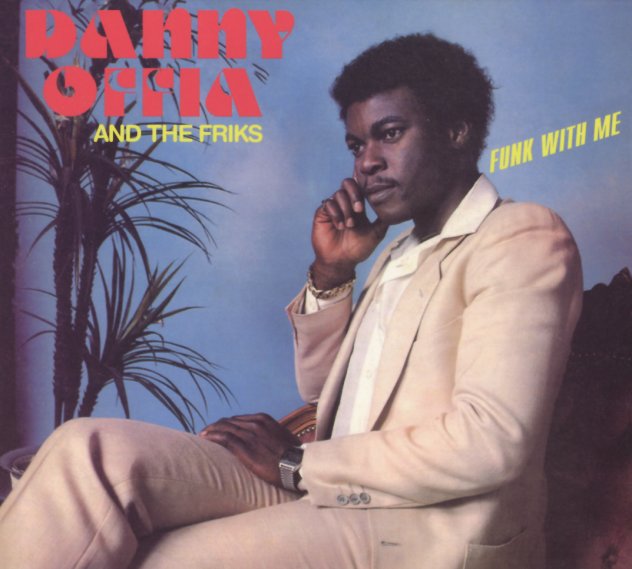 An early 80s set from the Lagos scene – and one that's about as far from the Afro Funk sound of the 70s as that city is from New York! Instead of full-on ensemble styles, Danny Offia has this nice lean groove – basslines that bump with a wickedly catchy sound, laced with keyboard solos, riffing guitars, and this overall lean approach to instrumentation that really keeps everything moving with the beat – often in a way that feels more like distilled large group funk than Afro disco or club styles – and which maybe even reminds us of the few great funk groups coming from the UK at this time, as many of them seem to have a sinister ear for a nicely lean groove! Danny handles lead vocals and guitar – and titles include "Sat Nite Is A Party Nite", "Weak For You", "10 Years In Love", "Funk With Me", and "Don't Make Me Cry".  © 1996-2022, Dusty Groove, Inc.

Mots D'Amour
Celluloid/PMG (Austria), 1983. New Copy
CD...$5.99 16.99
Words of love from Libyan singer Ahmed Fakroun – an artist who works with some sweet 80s electro soul backings that perfectly match his look on the cover! The vocals are mostly in Arabic, but they're set to backings that have a definite western approach – very universal in sound, with ... CD