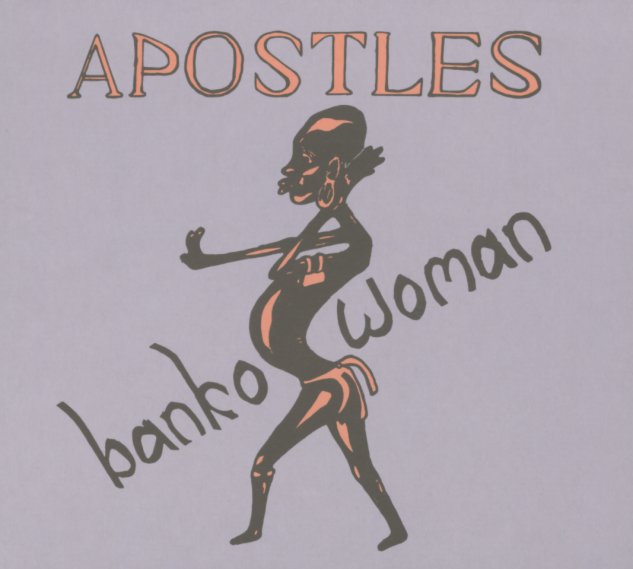 The Apostles are nice and groovy here – working in this offbeat way that combines upbeat cuts with some unusual mellower numbers – but all at a level that really keeps things interesting throughout! These guys can clearly move with the groove and hit some sharp funky instrumentation at all the right moments – but they're also maybe more song-conscious than some of their contemporaries, which really comes through in the way they put together their lyrics! The vocals are in English throughout, but very oddly accented – not just because of the origin of the group, but also because of the way the lead singer has of clipping off some of his words and phrases – an odd style, but one that fits the moody modes of instrumentation. Titles include the sweet chromatic "Disciple Funk" – plus "Banko Woman", "Mr Too Know", "Yours Sincerely", and "Faith Luck Music".  © 1996-2021, Dusty Groove, Inc.

Apostles
PMG (Austria), 1976. New Copy
CD...$5.99 16.99
Fantastic funk from The Apostles – a group who were easily one of the most hard-hitting on the African scene of the 70s – and one who definitely absorbed key currents from a range of American artists – from James Brown through Booker T & The MGs! The groove here is totally ... CD