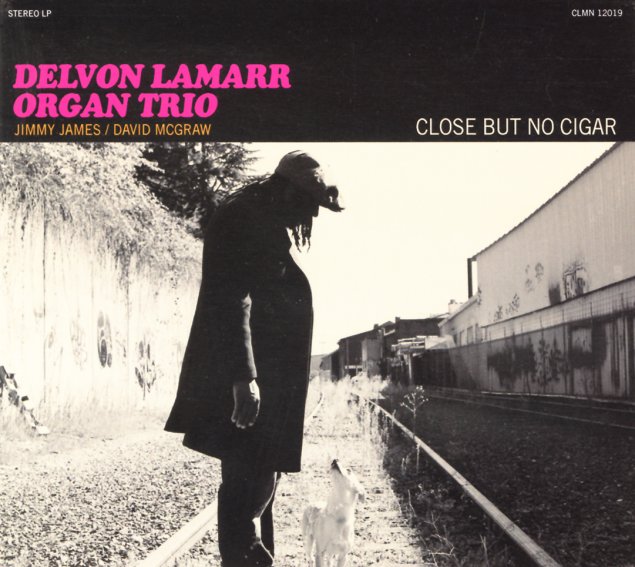 Close But No Cigar

An organ trio, and one with plenty of soul – romping drums, riffing guitar, and some mighty sweet work on the Hammond by Delvon Lamarr! This is the first we've ever heard of the group, but they're rock solid and right on the money – working with a lean, hard style that's completely classic, but also a bit contemporary too – maybe swinging in the best sort of space between the Jack McDuff Quartet of the 60s and the Sugarman Three group of Desco Records fame! David McGraw handles the drums with a clear love of funk, and Jimmy James is wonderfully wicked on guitar – never trying to dominate too much, as there's no need – given how much he brings to the overall groove. Delvon's a hell of an organist too – the kind that knows that a little can often go much farther than a lot when handling the electric keys – which he does to set up some sweet solos on cuts that include "Ain't It Funky", "Al Greenery", "Can I Change My Mind", "Walk On By", "Between The Mustard & The Mayo", "Raymond Brings The Greens", and "Little Booker T".  © 1996-2021, Dusty Groove, Inc.

Yeti Season (with bonus tracks)
Big Crown, 2021. New Copy
CD...$12.99 14.99 (LP...$20.99, LP...$29.99)
A new and amazing chapter in the always-evolving sound of this wonderful funk ensemble – a set that holds onto all the unusual elements of previous records, but also brings in some beautiful vocals from singer Piya Malik on a number of tracks! Malik really fleshes out the sound on the ... CD