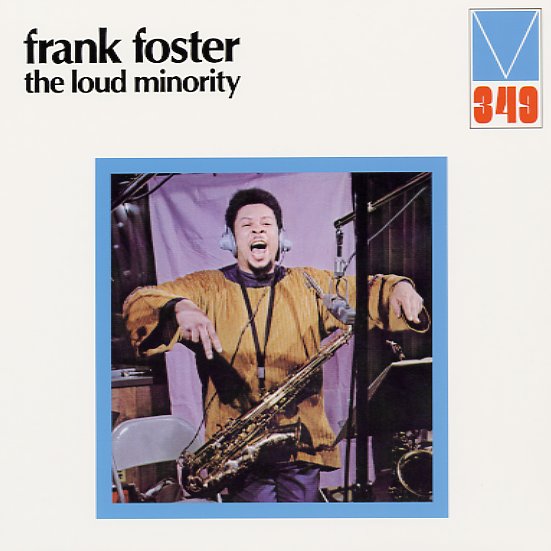 One of the most amazing albums ever from Frank Foster – a totally righteous set that's light years ahead of his earlier work with the Basie Band! The format here is right up there with the best on Strata East at the time – a large-group session that's filled with some of the hippest players of the early 70s – all coming together with a joyous, spiritual sense of power! Foster's in the lead on tenor and soprano sax, but other players include Cecil Bridgewater and Hannibal Marvin Peterson on trumpets, Harold Mabern on keyboards, Elvin Jones on drums, Dick Griffin on trombone, Stanley Clarke on bass, Airto on percussion, and even Dee Dee Bridgewater on vocals! Tracks are all quite long and flowing – spiritual expressions of jazz that rival the greatness of anything recorded for Impulse – and titles include "The Loud Minority", "Requiem For Dusty", "JP's Thing", and "EW – Beautiful People".  © 1996-2021, Dusty Groove, Inc.
(Part of the Mainstream Records Master Collection!)