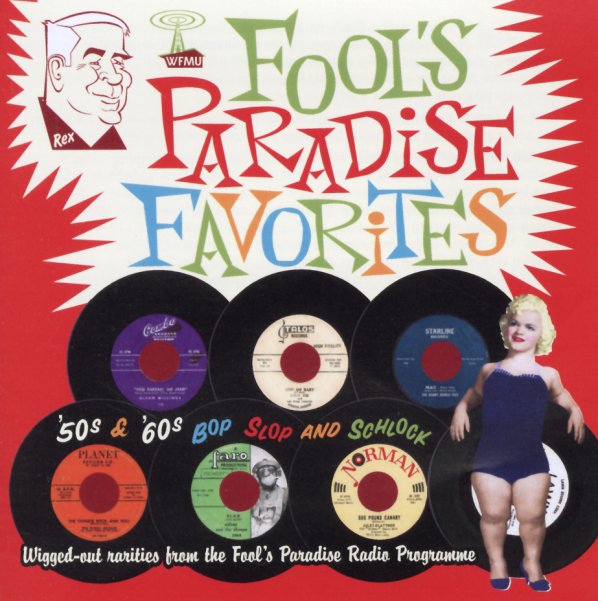 Fantastic sounds from the grittiest years of the 45rpm single – music that's so mad, so strange, it really defies description! All the cuts here are presented in conjunction with the long-running Fool's Paradise radio show on WFMU – a longtime champion of all things weird and wild – always reminding us that in the glory days of vinyl, there was so much stuff set to record that really defied any sort of description – sounds that usually were quite far from the charts as well! The music here maybe has bits of R&B, early rock, jazz, and exotica – but the end results are all pretty darn unique – and often handled with both a sense of humor, and a great ear for unusual studio tricks and gimmicks. Titles include "Chinese Rock & Roll" by the Flock Rocker, "Shawnee" by The Premiers, "Charlie & The Bank Job" by Al Katraz, "Umh Uh Baby" by Kind Sid, "Knock Her Down" by The Orbits, "The Last Meal" by Hurricane Harry, "500 Pound Canary" by Jules Blattner, "The Goatee's Got To Go" by Dick Summers, "Mad" by Bobby Borda Five, "Pulp Wood Charley" by Wee Willie & The Soulettes, and "Pal Mal Rock" by Arnie Ginsberg.  © 1996-2021, Dusty Groove, Inc.