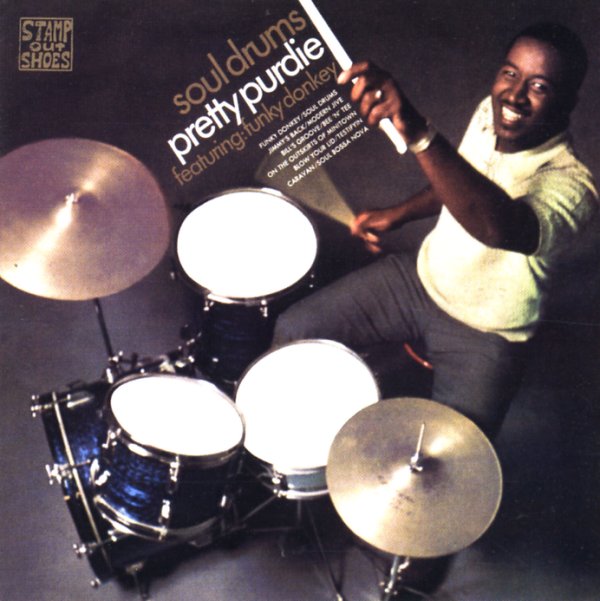 Massive work from one of the funkiest drummers of all time – the legendary Bernard Pretty Purdie, stepping out here in a batch of instrumentals that may well be his greatest album ever! Bernard's drums are right up front in the mix – leading off all tunes with a full, funky, echoey sort of approach that's unlike anything else we can think of – and certainly different from any other late 60s albums of this type! The production is totally great – and has a way of pulling out some of the weirdest aspects of the music – which itself features guitar from Billy Butler and Eric Gale, bass from Bob Bushnell, tenor and flute from Seldon Powell, and organ and piano from Richard Tee – who also handled all the arrangements on the set! The centerpiece is the hit single "Funky Donkey", but just about every track's a groover in its own way – and titles include "Soul Drums", "Bill's Groove", "Jimmy's Back", "Testifyin", "Modern Jive", "Blow Your Lid", "Bee N Tee", and "Soul Bossa Nova". This new edition includes 8 bonus tracks, with a couple rare 45 tracks and more that have never been released – all soulful & funky – well paired with the Soul Drums album! Bonus tracks are in stereo, and include "Alexander's Rag Time Band", "Genuine John", "Soul Clappin", "If You Never Cried", "Stop" and "Time Is Tight". Also comes with a nice booklet with new liner notes, and choice quotes from Purdie's peers and those he influenced, from Galt MacDermot to Large Professor.  © 1996-2022, Dusty Groove, Inc.

Cool Down
Sugar Road, 2018. New Copy
LP...$17.99 19.98 (CD...$10.99)
Legendary drummer Bernard Purdie has left a huge legacy of music behind him – and here he adds to that legacy in a new small combo set – one that features core work from members of New Mastersounds and Pimps Of Joytime – and which also features Ivan Neville on keyboards, and Cyril ... LP, Vinyl record album