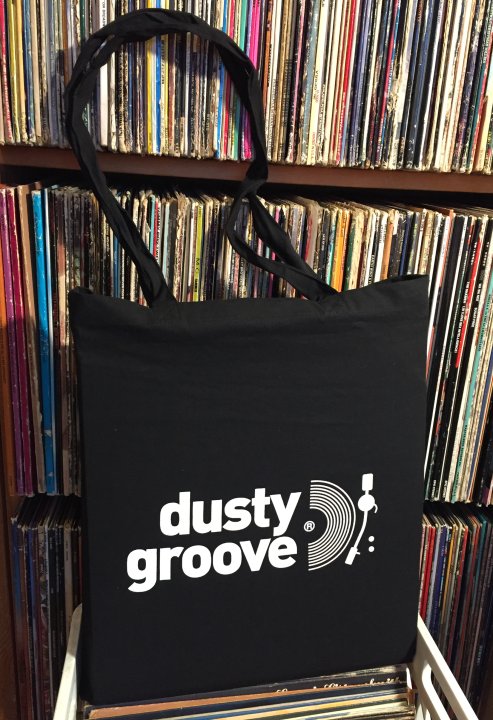 A sweet small tote for bringing your records around town – a light bag that can carry up to 20 albums, but also fold up nice and small! The bag is cotton, and stronger than you might expect – but it's also light enough to stuff in a pocket, or keep within a backpack – ready at the go for when you've got some vinyl to tote, and pretty darn great for other small items too! Canvas is black, with a white Dusty Groove logo on one side – and the handles are big enough to slide over your shoulders if needed.  © 1996-2021, Dusty Groove, Inc.