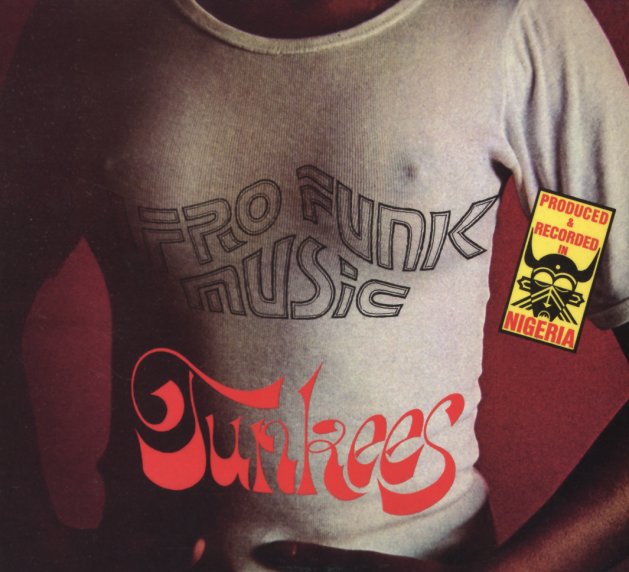 Point Of No Return (French cover)

The fantastic first album from The Funkees – a Nigerian group, but one who also spent a good deal of time on the London scene – and who work here in a freaky, fuzzy, funky style that we might put somewhere in the same space as music by Demon Fuzz or Cymande! Like both of those groups, the core roots of the music are really changed up here – moved into something that's very much the group's own, as the heavy rhythms are laced with lots of fuzzy guitar parts – often with a deftness that could have found its home in hard rock, but which is even better here next to the warmer currents of the vocal and instrumental flow! As with Cymande, the production is nicely dark – sometimes a bit offbeat in the way the vocals are handled, which further gives the record an edge – on titles that include "Abraka", "Ole", "I Can't Be Satisfied", "Point Of No Return", and "Dancing In The Nude".  © 1996-2021, Dusty Groove, Inc.