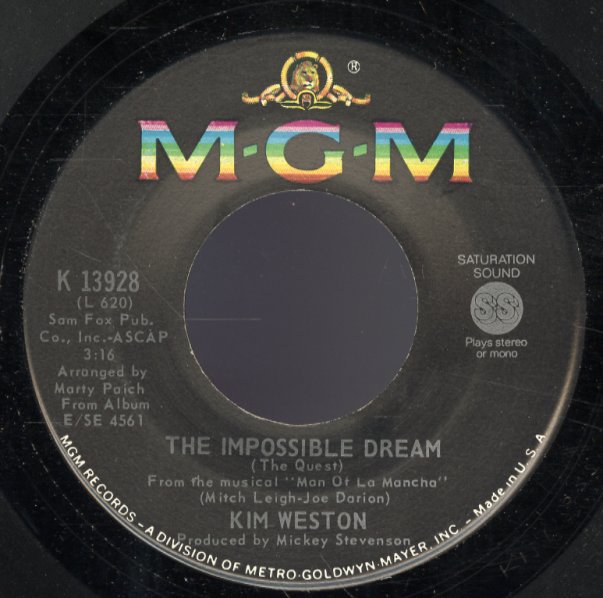 (Black label pressing in an MGM sleeve, with a bit of pen. Includes jukebox strips.)