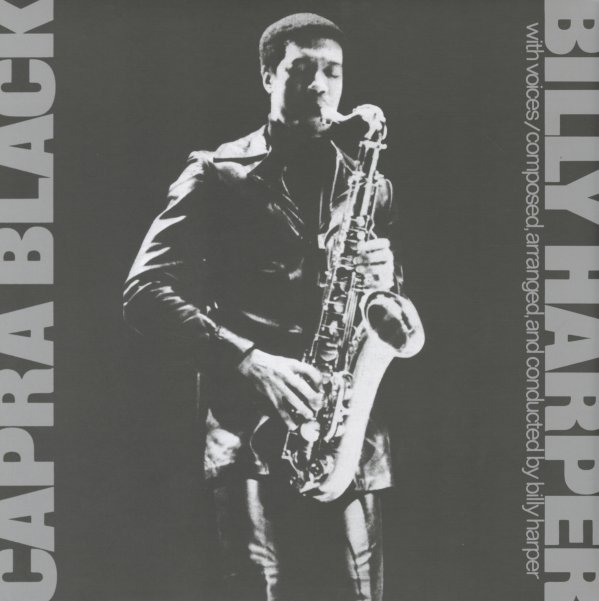 One of the most spiritual recordings put out by the Strata East label – and the album that put tenor giant Billy Harper on the map! Harper leads a hip group here – one that features George Cables on piano, Reggie Workman on bass, Jimmy Owens on trumpet, and Julian Priester on trombone – and they're joined by a quintet of voices that includes Eugene McDaniels, all singing behind the jazz players in an uplifting spiritual mode that cries out with the new soul jazz freedom of the 70s! Max Roach and Donald Byrd had begun experiments like this a decade before, but Harper's work here blows them all away – with a sense of righteousness and focus that's simply astounding, especially considering that the album was Billy's first as a leader! Harper's solos are worth the price of the record alone – searing with a raw, post-Coltrane energy as he darts in and out of the voices in the backings. Titles are all original compositions – and include "Capra Black", "Soulfully I Love You", "New Breed", "Sir Galahad", and "Cry of Hunger".  © 1996-2023, Dusty Groove, Inc.
(Limited edition 180 gram pressing!)