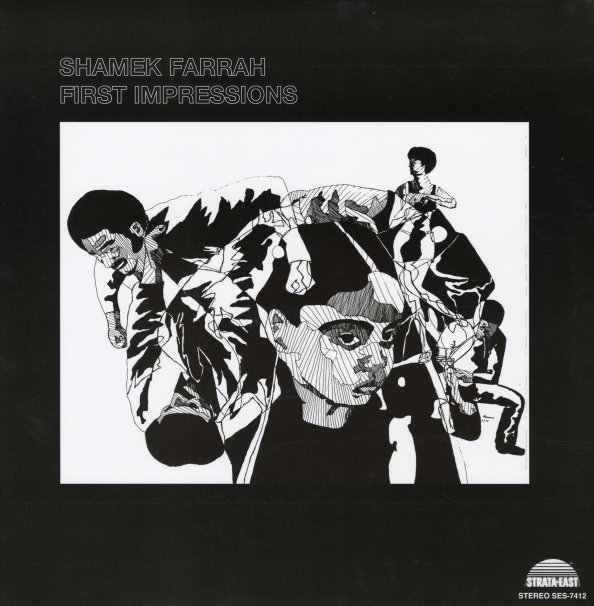 One of the hardest to find records on Strata East, and one of the best – a darkly-crafted session of pure beauty, one that lives up to all the best promise of the label! The tracks are long, the sound is bold, and the whole thing moves at a pace that none of the bigger jazz labels were matching at the time – the most righteous, most expressive side of jazz in the mid 70s! Alto player Shamek Farrah is at the lead of a unique group that features Norman Person on trumpet, Milton Suggs on bass, and Sonelius Smith on piano – plus lots of additional drums and percussion, especially on side two of the album, which features some really righteous numbers! Titles include the massive bass sample track "First Impressions" – a symphony of dark, descending chord structures – plus "Meterologicly Tuned", "Watch What Happens Now", and "Umoja Suite".  © 1996-2022, Dusty Groove, Inc.
(Limited edition 180 gram pressing!)